Harry continued his writing from last night's Beavers session before we went out this morning. He said he wants to make some robots at the modelling session after half term and he wrote about what the robots might do. Peter did some of his Kumon tracing book and seems to be getting more confident holding a pen.

Harry also finished his Geopuzzle Europe jigsaw. This is a great puzzle, with pieces shaped like the countries and I may get the world version this year. We talked about Russia, as we have been watching some Winter Olympics. He could identify the UK, France, Italy and Spain. 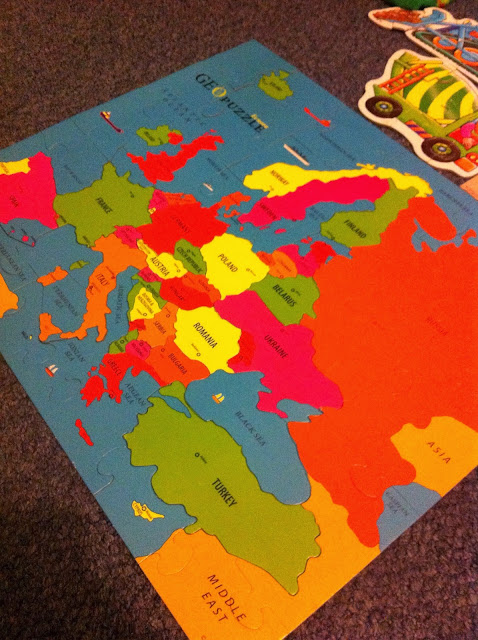 We started thinking about the 100 year anniversary of the start of World War I today at our group session. We played some BBC school radio, including drama/movement and learning songs from the start of the war.

Peter can be quite disruptive during long listening activities so I brought some separate things for him to do, with another 3 year old boy. We read The Snowy Day and did some themed counting, cutting, line drawing and phonics. We then went to join in with songs and this seemed to work well. It is actually snowing here tonight so that was a well timed theme! 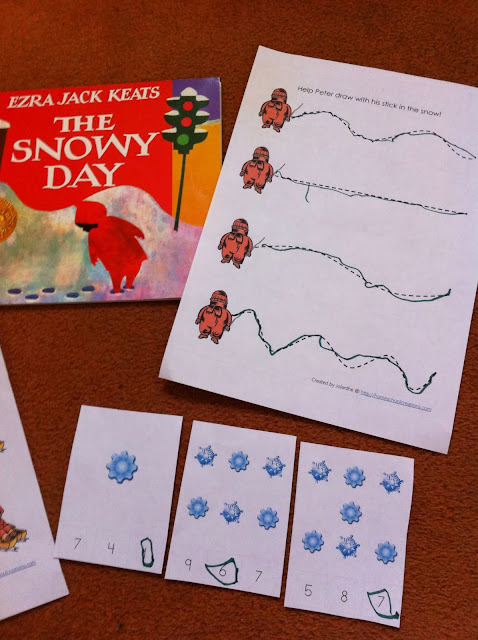 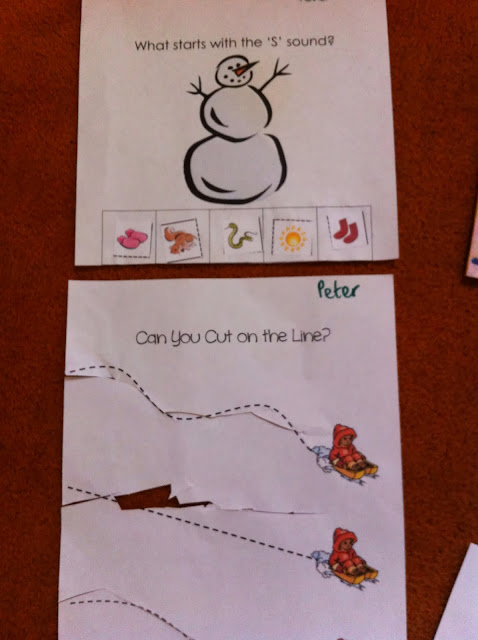 After snack time, Harry coloured a Winter Olympics themed picture from Activity Village, showing the outline of Russia and they both made fire engines and helicopters from card. I also read a book of Michael Rosen poems, which Peter was laughing at lots. 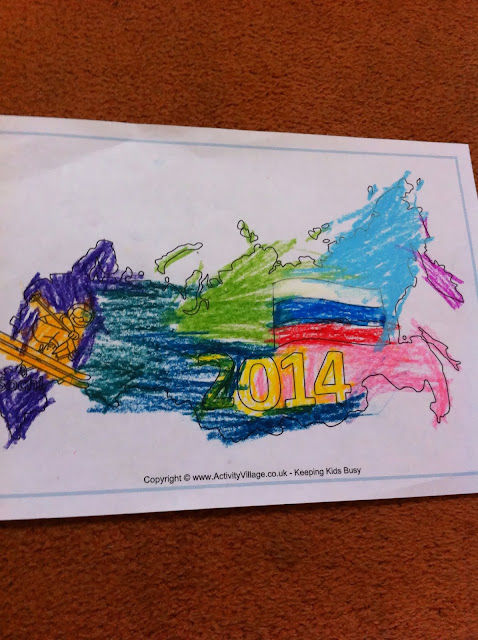 We were all very tired at home after lunch. Peter STILL has a cold and I now have it too so we went upstairs to rest. Harry listened to Prince Caspian and I read to Peter for an hour in bed. Harry also read us Mountain Rescue, an Oxford Reading Tree book.

We all listened to the potato episode of the BBC playtime podcast and played with some Lego after this. Harry had his gymnastics class at 5pm. I read to Peter for half of the session and he played games on the iPad for the second half.
Posted by Hayley at 23:05