Park and cello with friends

We have had a great couple of days. The children all had a fantastic time in the playground after French yesterday. They have missed being outdoors in a very wet week so they made the most of it and ended up playing an involved game with rocks, pretend dynamite and diamonds. We all ended up bringing some rocks home too! 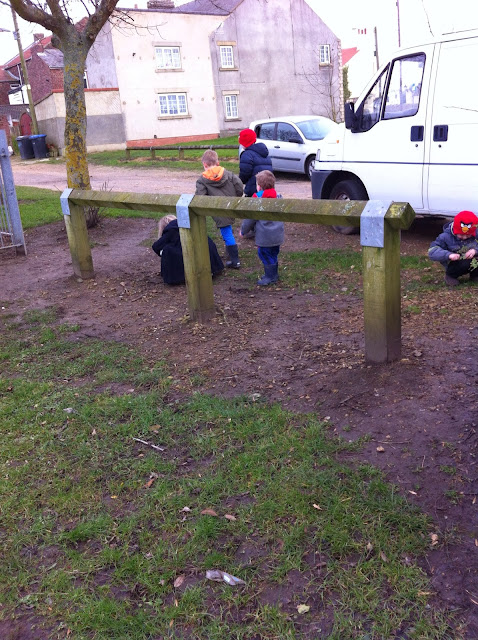 We have listened to four chapters of the BBC learning Wind in the Willows podcast now and are all enjoying it. We also watched a programme on iPlayer called The Burrowers, which was really interesting - it was aimed at children and looked at how our native burrowing animals live and included moles, badgers and water voles, all animals from Wind in the Willows. It was a bit of a nostalgia trip for me too, as it was presented by Chris Packham, of The Really Wild Show from my childhood!
We spent a nice morning with friends today, who also home educate and do the same music classes at The Sage. Harry took his cello and played some pieces with two other boys on cello and viola.
Harry has also been doing Reading Eggs and spellings. He had his enjoy-a-ball class this afternoon, while Peter and I watched Alphablocks and played a new app on the iPad involving counting and recognising numbers to 10.
Posted by Hayley at 21:51