We have had a busy and lovely week and unfortunately I haven't got around to posting any of it so I am going to do a few updates!
We played a new version of one of Harry's favourite maths games - place value target - this time using numbers into thousands. We took turns to throw 9 coins onto the target then recorded our score in columns before writing it as a number. We have only played this so far with units, tens and hundreds but Harry didn't struggle much at all with moving into thousands. He is genuinely better than me at tossing the coins with the result that he usually wins; I suspect this is one of the reasons he likes playing so much but I am willing to sacrifice my competitive pride for his numeracy! 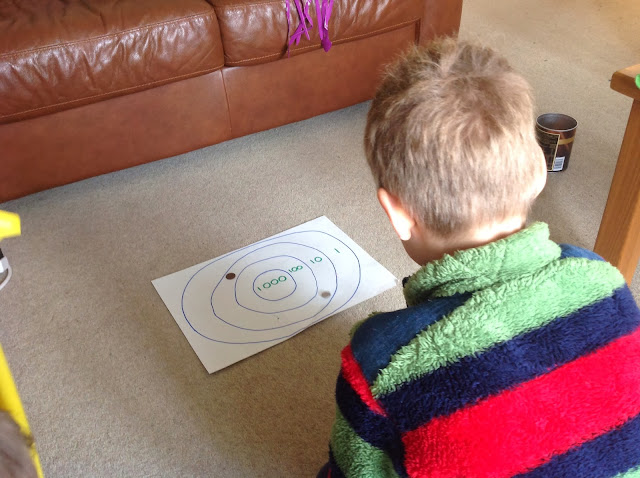 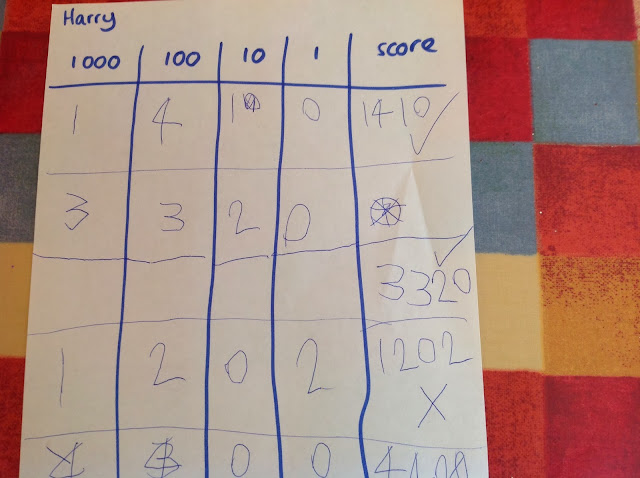 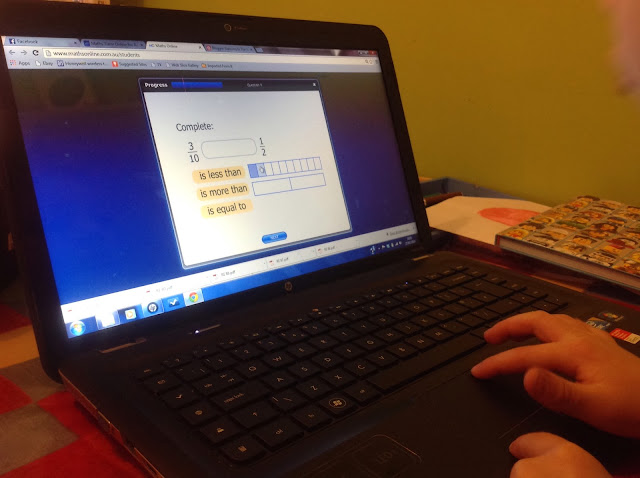 We followed up the fractions work with some Lego maths. We looked at a whole piece and used smaller pieces to represent quarters, thirds and halves. Harry likes using Lego bricks as maths manipulatives. 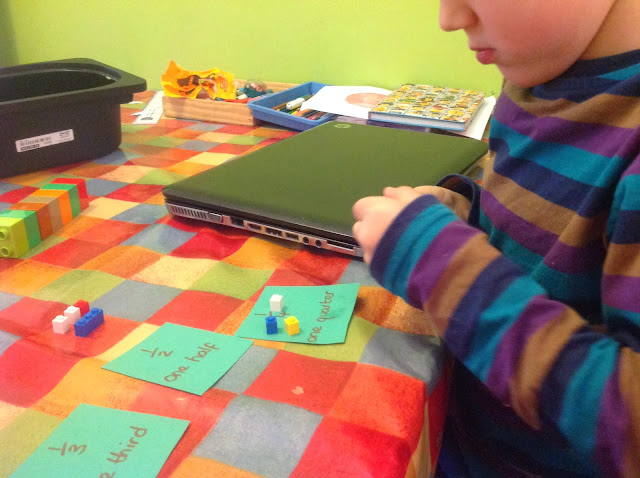 Peter did some Lego maths at the same time. I asked him to make a tower of four bricks then find the correct numbers from a choice of three cards. I then asked him to make a taller tower and count the bricks, then find the correct number. He also built a really tall tower and counted correctly to twenty, which I didn't know he could do yet - I love being amazed by the abilities they acquire themselves! Peter enjoyed playing with the Duplo so he went off to build walls on his big board afterwards.
Peter is very keen to join in with work when Harry is doing something, so I am starting to prepare things at his level when thinking about Harry. This activity was really quick to prepare, I just had to gather a small tub of Duplo and write out the numbers 1-10 on card. 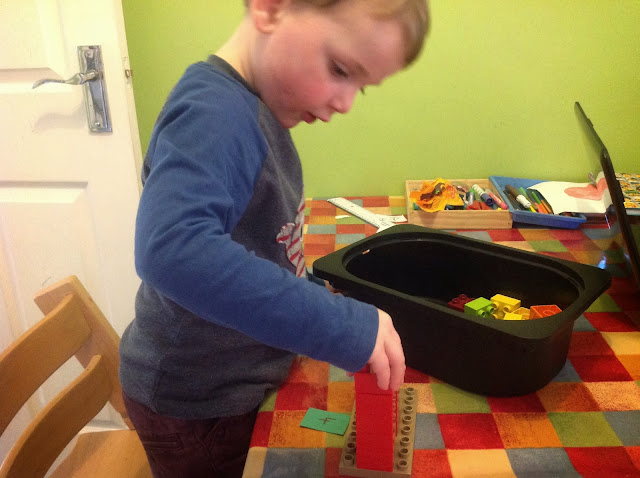 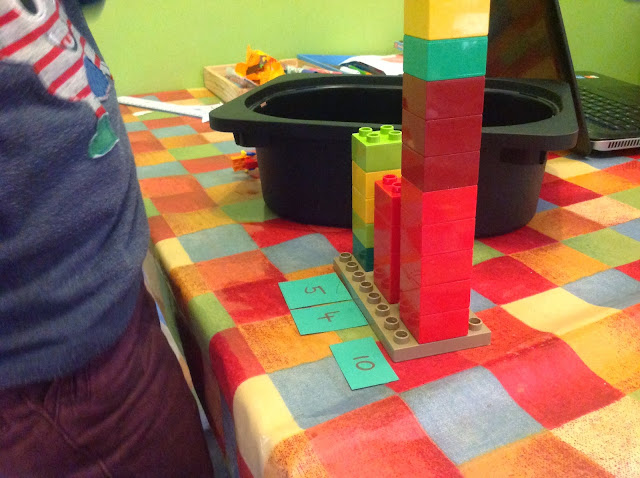 Email ThisBlogThis!Share to TwitterShare to FacebookShare to Pinterest
Labels: numeracy