Peter had his first enjoy-a-ball class this morning and he loved it! He has been so excited to start after watching Harry for months, so he is now in the youngest class with other 2/3 year olds. Peter has great co-ordination and often a better throw than Harry but I think this class will be good for him to start listening to instructions and practising waiting. I took the iPad and Harry did some maths while he waited. We then went to the post office to post Nanna's birthday present and Harry took it to the counter, asked for first class post and paid himself.

We had an early lunch as the boys were both really tired after a bad night of sleep (me too!). Harry did a Reading Eggs lesson and I read a new alphabet book from the library to Peter. We also looked at magnets for the letters he can identify. I put them in small groups and asked him to find certain ones. 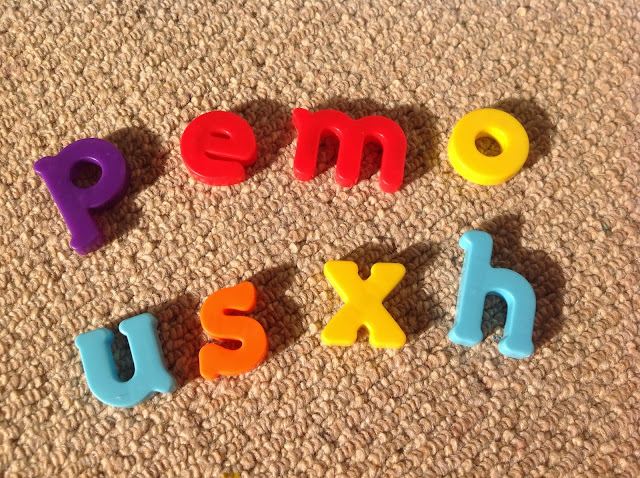 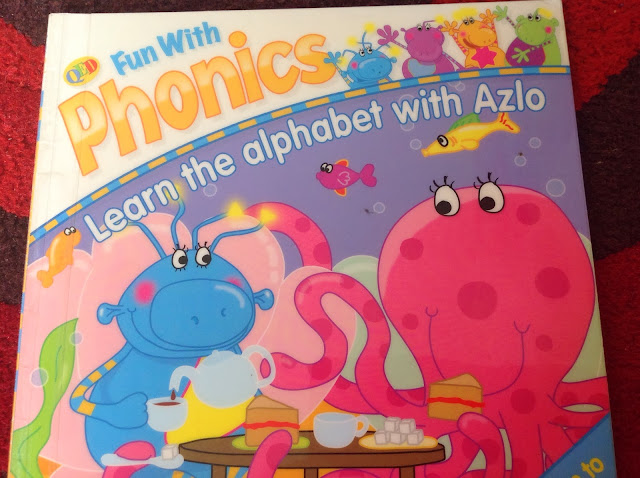 After this we had a FaceTime call with my mum then Harry and Peter went to bed for a nap. If we don't have afternoon activities I just put them to bed early when they are tired but Monday is Beavers day so they needed a rest.

This afternoon, Harry has played his cello and completed the assessment section at the back of his stage 4 phonics workbook. I have put this away for filing now and we will start the phase 5 books soon. We also spoke to my sister and finished building all Harry's Lego mine vehicles, which we have been doing for a few days.

They made models of robots at Beavers tonight, as part of their imagination badge. Peter and I did his Octonauts magazine - adding stickers, counting and reading stories.

I spent the evening at a meeting for the Scouts/Cubs/Beavers group, where we discussed development actions and I will be discussing in more detail whether there is a role I can take to help out.
Posted by Hayley at 22:21