I have been meaning to post all week but the task hasn't found itself at the top of my priority list, so here is a brief summary of our week! 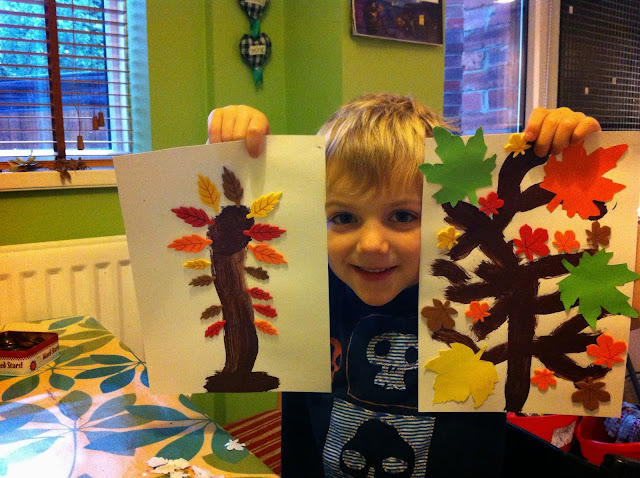 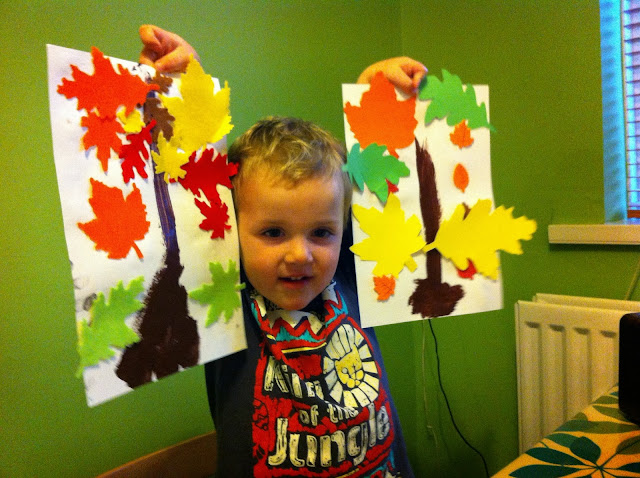 I also cut out some leaf shapes, in order to fill the holes with tissue paper to stick at the window. Harry wasn't very imaginative with his colour but the light shines through nicely still. 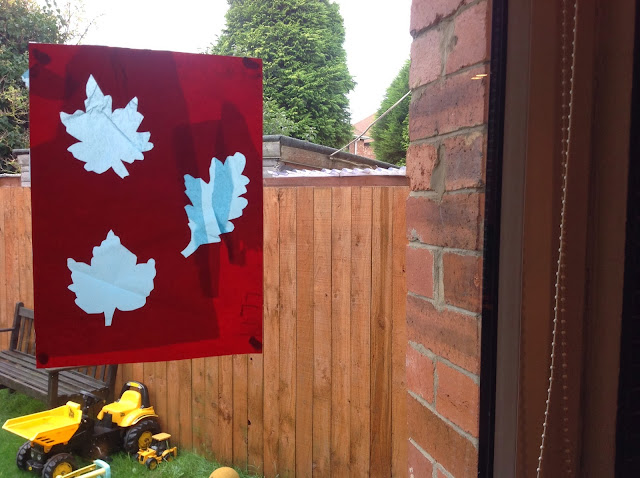 Harry and Peter are both enjoying jigsaws at the moment and they have turned their bedroom floor into 'puzzle land' by making nearly all the jigsaws we have. This was half way through and it is difficult to tiptoe around them on the floor now so we may have to pack away tomorrow! 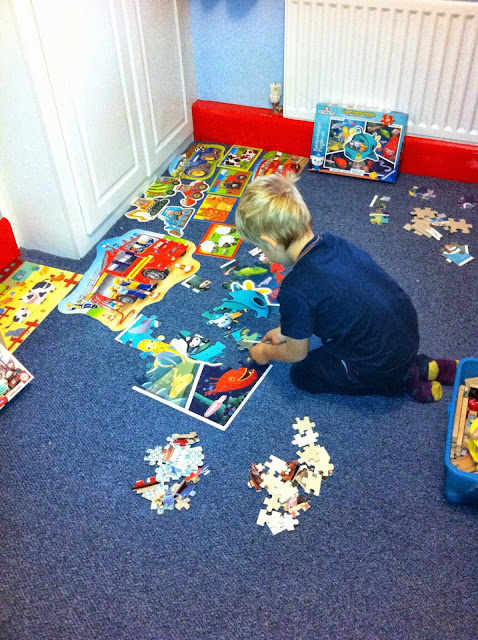 We have been using the free Oxford Owl e-books for reading practise this week. Harry likes choosing and reading on the iPad for a change - there are 250 at various levels so it is a great free resource. He has read two this week. We also set up these cards with sounds written on. I said a word and Harry had to find the correct sound. This was good listening as well as phonics practise as Harry had to hear the word and identify the different sounds. 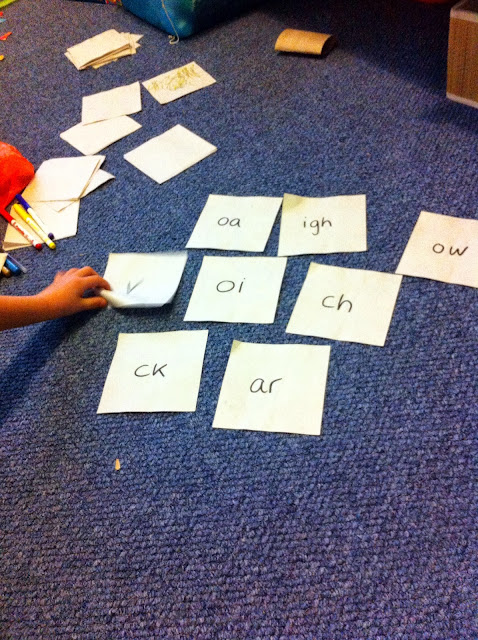 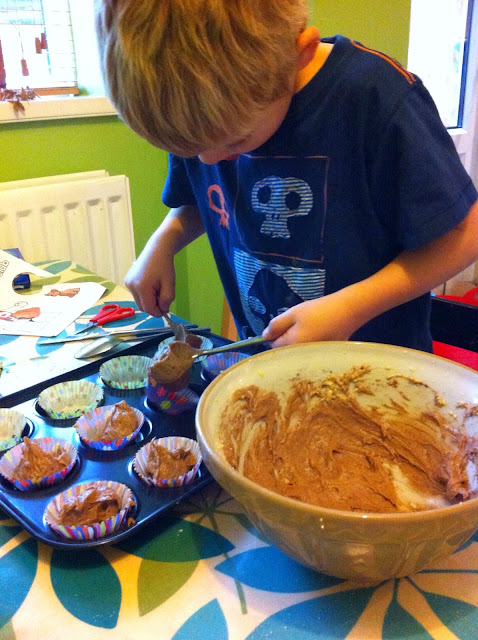 We walked to the post box in a break from pouring rain and the boys had fun splashing in the puddles. They got VERY wet! Their wellies were suctioned to their feet due to the water in them! 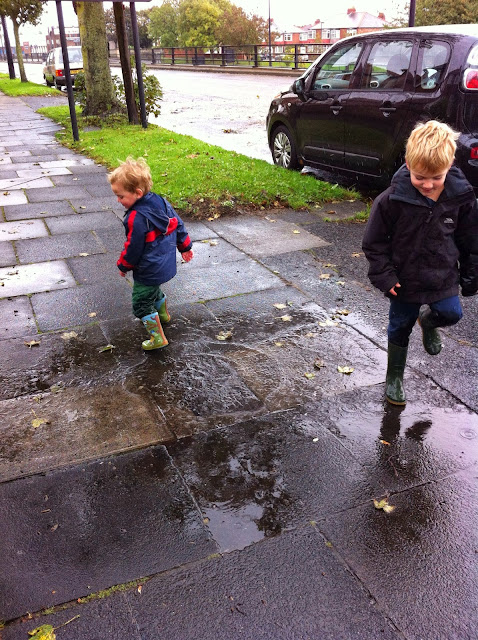 We had a look at some optical science and made a pinhole camera. We looked at flick-book animation and some optical illusions. We both liked one where you were asked to count the black dots but when you blinked the dots moved around the page.

We have been using torches to make shadows on the wall and we looked at the beam of light from our torch when talcum powder was sprinkled into it. I think we will make some shadow puppets soon to follow this up as they both love using torches. 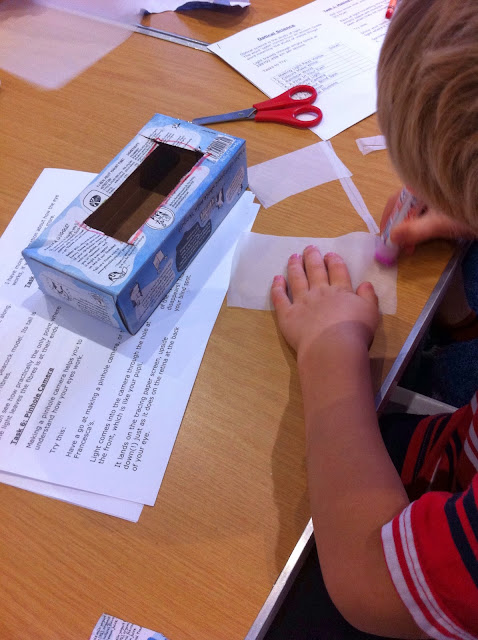 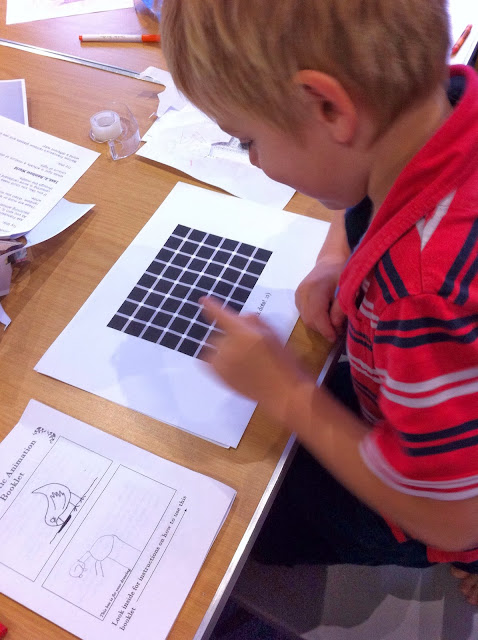 We also made kaleidoscopes using a shiny prism inside a tube, with beads at the end, using these instructions. 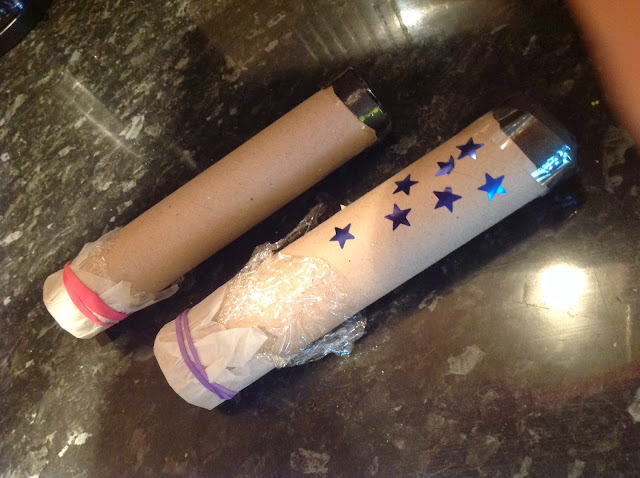 We played a place value target maths game from last week again and Harry correctly worked out two of his three hundred value numbers without help this time! He has done a Conquer Maths lesson relating to identifying and drawing 3D shapes. We will do some real drawings of 3D shapes to follow this up.

Harry has also practised his cello twice so far and has started listening to an audio version of The Magician's Nephew. I thought he would enjoy the Narnia stories now and he did - he took it to his bedroom for an hour today, so I read lots of books to Peter downstairs at the same time.

Stuart was using the car for work today so we went to the City Library on the bus and we had lots of new books to read this afternoon from there. We sat on the floor going through them while tea cooked. 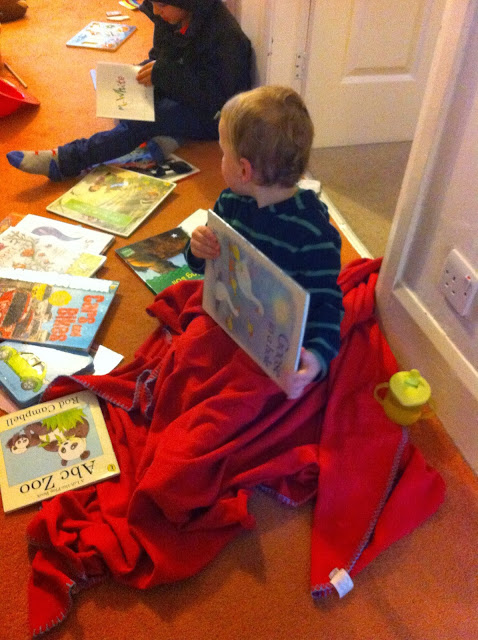