We enjoyed some science activities today based on viscosity. These ideas came from An Ordinary Life which is a great blog sharing lots of science and other activities. I saw the idea a few weeks ago and made a mental note to do it soon!

We made some viscosity bottles by adding four different liquids to plastic bottles - treacle, syrup, hand wash and oil. We then taped another bottle to the top, so the bottle could be turned to allow the contents to drip through. By doing this, we could observe how long the liquid took and compare viscosity levels. Harry and Peter both really enjoyed this. Harry correctly predicted the order of viscosity from most to least and we timed the bottles and discussed how we could show the results on a bar chart. I left these on the table for the afternoon and they were turned several times. The treacle never fully made it into the other bottle! 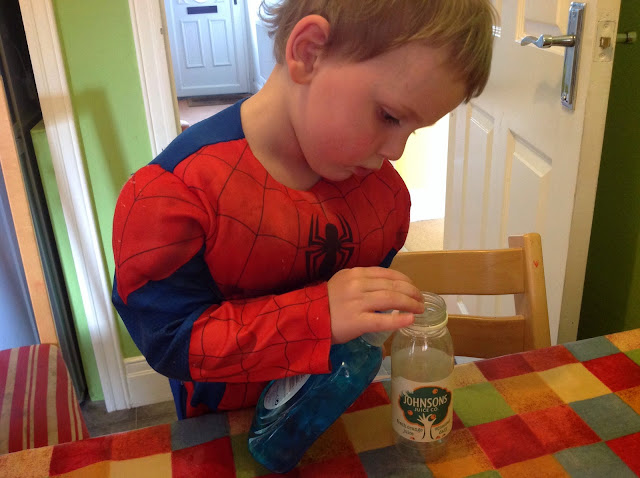 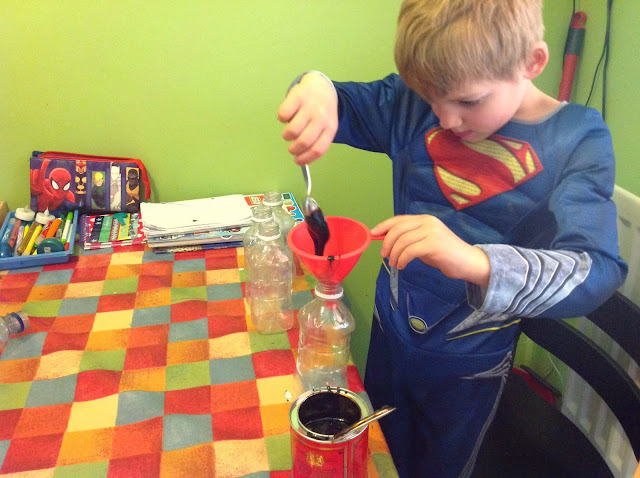 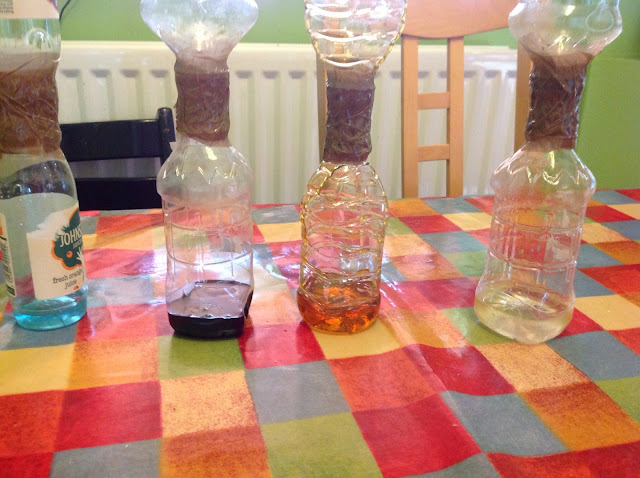 We also carried out another viscosity experiment. Harry put a tablespoon of hand wash and a tablespoon of syrup onto separate paper plates. We timed 30 seconds then he drew a circle to show where the liquid had spread to. This showed that the syrup was more viscose than the hand wash as it spread slower. We used these two activities to talk about variables in a scientific experiment and how we could make it a fair test. Peter contributed to this discussion by banging some of the viscosity bottles on the table to make the liquids drip through faster, thus demonstrating one unfair variable!
Posted by Hayley at 21:40