We enjoyed following up our recent beach science and visit with some more activities.
We investigated the sea water we brought back from our beach trip. We measured 100ml of sea water and fresh water and weighed them. I asked Harry how we could make it a fair test and he said to use the same amount. Harry was amazed that the sea water weighed more and suggested it was because of the salt. 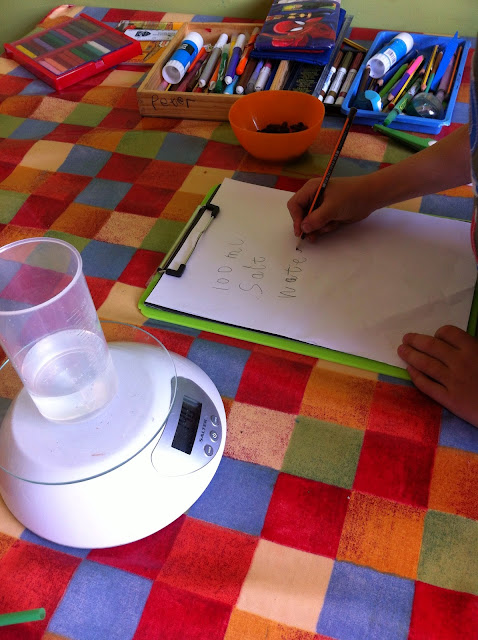 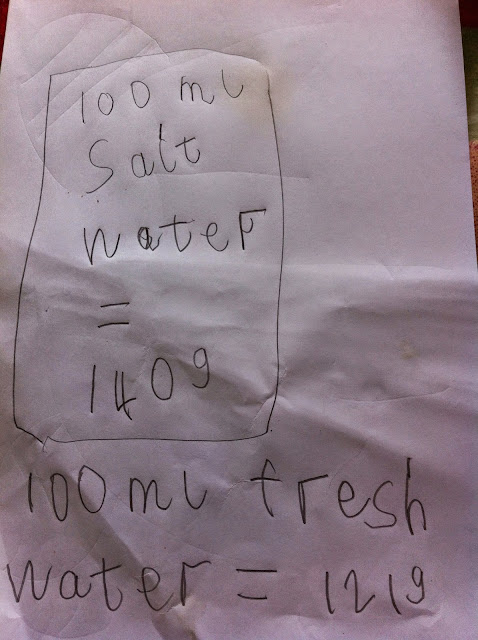 We coloured some fresh water and poured it into salt water. The fresh water floated to the top of the salt water layer due to being lighter (http://www.kidspot.com.au/funzone/Experiment-Floating-coloured-water-experiment+11433+570+sponsor-activity.htm). 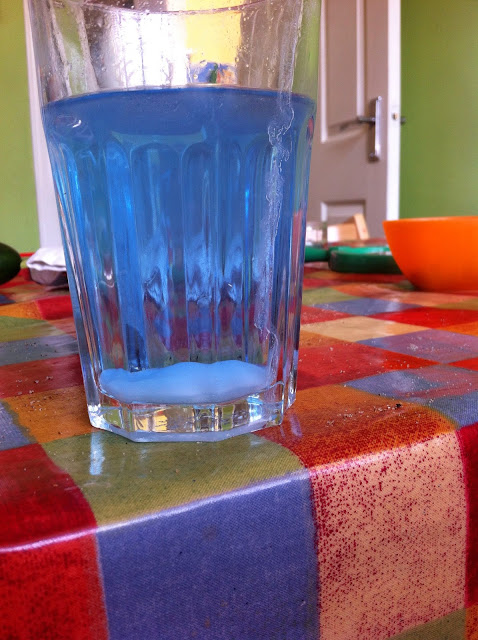 We also looked at another difference between salt and fresh water using this experiment (http://anordinary-life.blogspot.co.uk/2014/07/fishing-for-ice-cubes.html). When you sprinkle salt on the ice cubes, the difference in freezing temperature between salt and fresh water makes the string sink down into the ice and freeze into place, allowing you to 'fish' out an ice cube.
This didn't work the first time we tried, in this container. 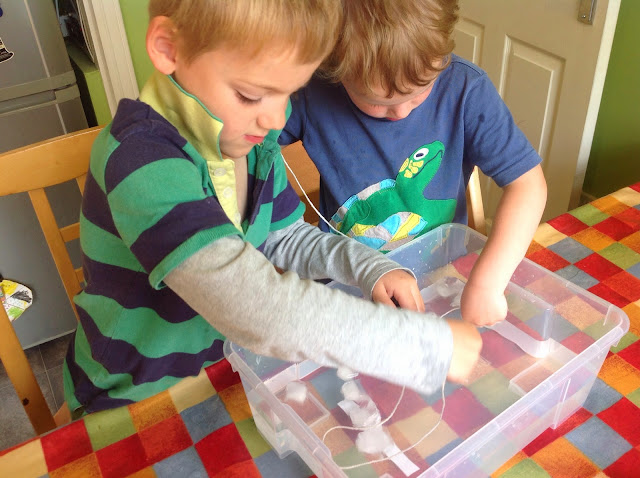 We re-visited it a few days later (like 'proper scientists' Harry said) and changed a few things. We used a lot more salt and did it in a glass so the ice cubes were very close together. I put the string in place too the second time as I don't think Harry had the necessary patience to leave it for long enough. It worked!! Harry loved this. 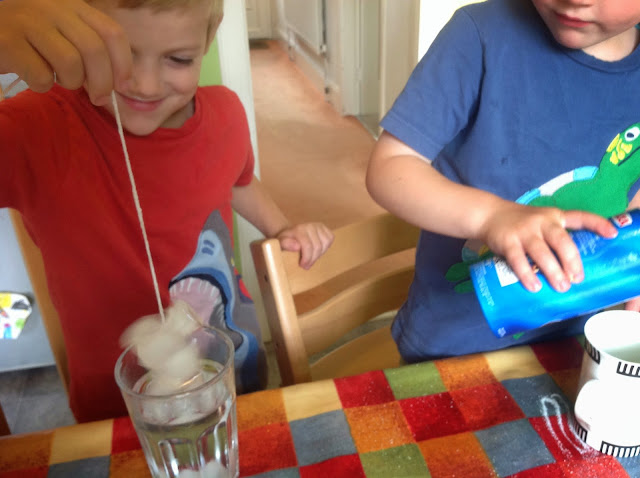 We examined the sand we brought back from the beach (http://lifestyle.howstuffworks.com/crafts/seasonal/spring/beach-activities2.htm). Peter picked out the larger pieces of stone and we talked about erosion. Harry was delighted to find some magnetic material in his sample. We also watched a short episode of Coast on iPlayer about dredging sand from the ocean floor. 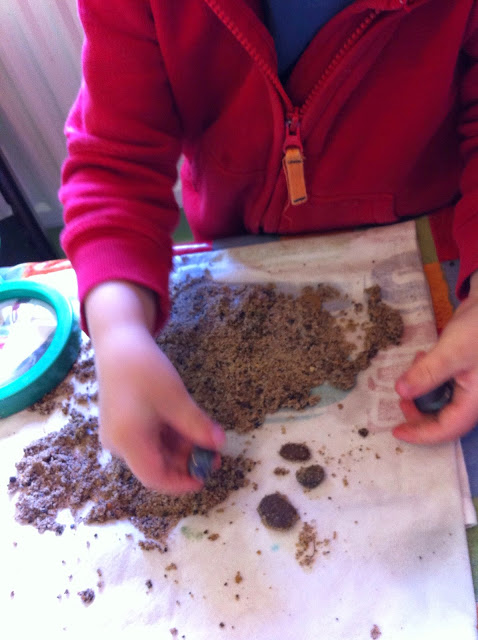 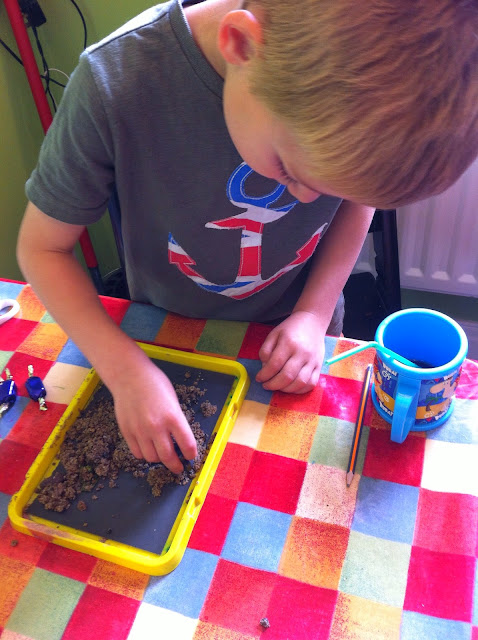 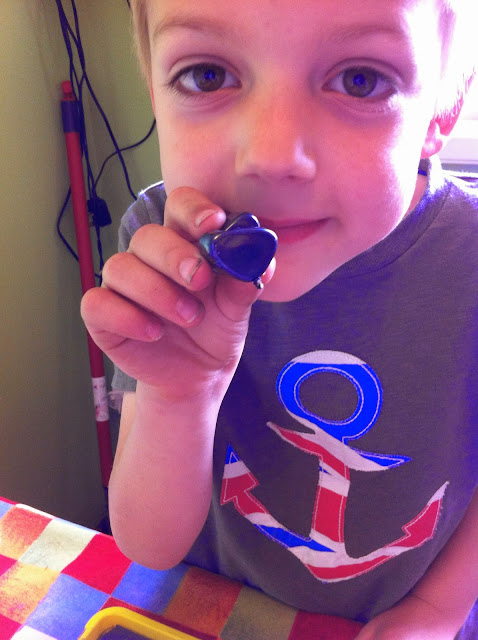 Harry and Peter used the sand and rocks, along with some play sand in the garden to create their own 'beach'. Harry did some coastguard rescues with little boats. 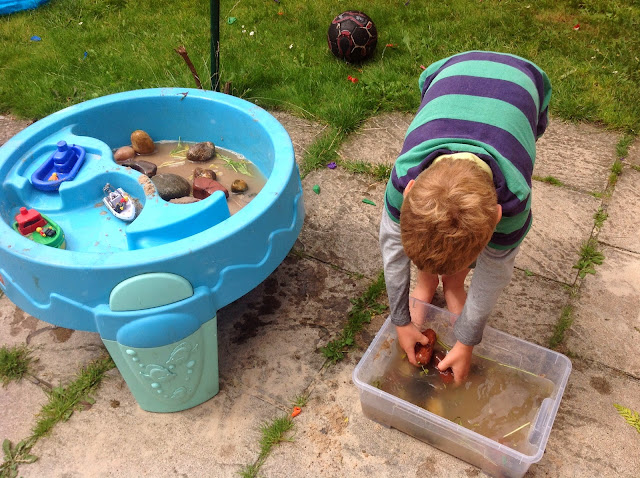 Peter filled every container he could find and established a 'water shop'. He charged £100 for the biggest bucket! 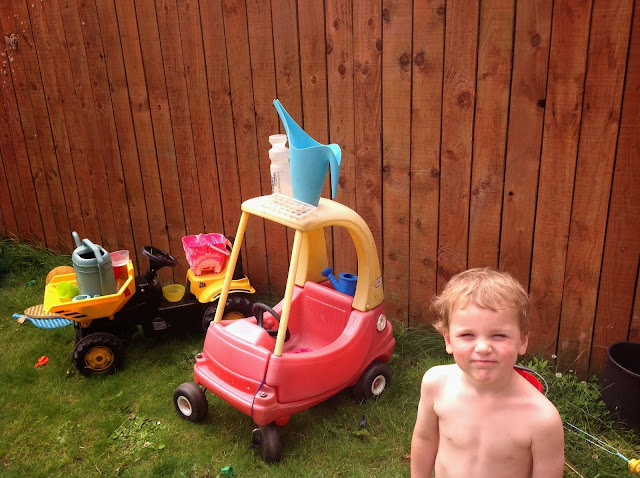 Whilst in the garden, we talked about the beach and the boys gave me the lines for an acrostic poem, which Harry wrote out. 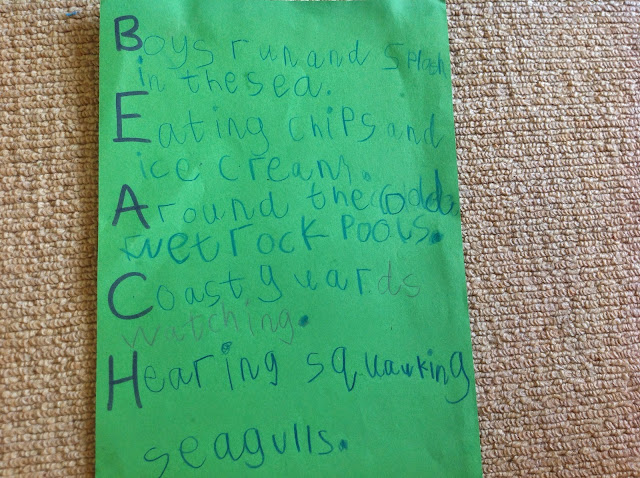 We also listened to a BBC podcast, featuring people who help us at sea and the story of Grace Darling (http://www.bbc.co.uk/programmes/p01w533q). I think this gave Harry the inspiration for the 'Coastguards watching' line of his poem.
Posted by Hayley at 20:21