I saw this idea here, as dinosaur ice eggs, but of course my Lego obsessed boys wanted to make Minifigure ice marbles instead!
http://anordinary-life.blogspot.co.uk/2014/06/dino-ice-eggs.html
This was really fun but also included science as we talked about changes of state and even Peter knew that you had to freeze water to turn it to a solid. We talked about melting the solid back to a liquid and evaporation when the ice has melted and the water is on the ground in the sun.
I stretched the balloon neck as far as I could and Harry and Peter inserted their choice of man. We then filled the balloon with water and froze them overnight. Here is the Minifigure ice-tomb in my freezer! 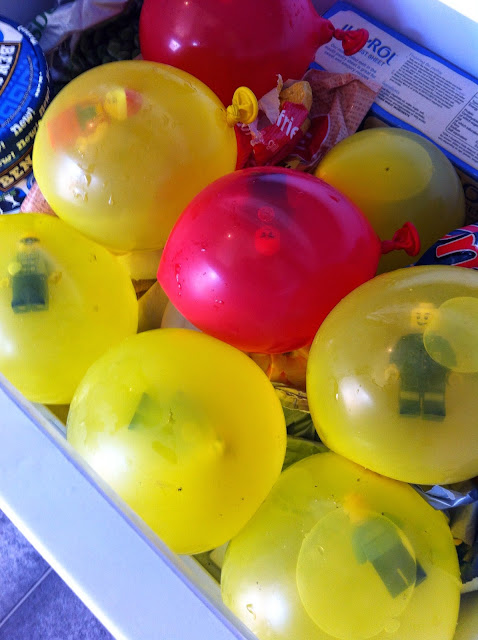 When they were frozen, it was quite easy to peel off the balloon, leaving ice marbles behind. 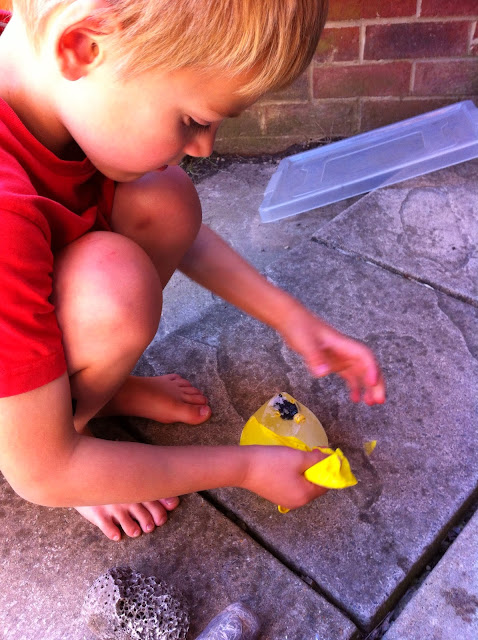 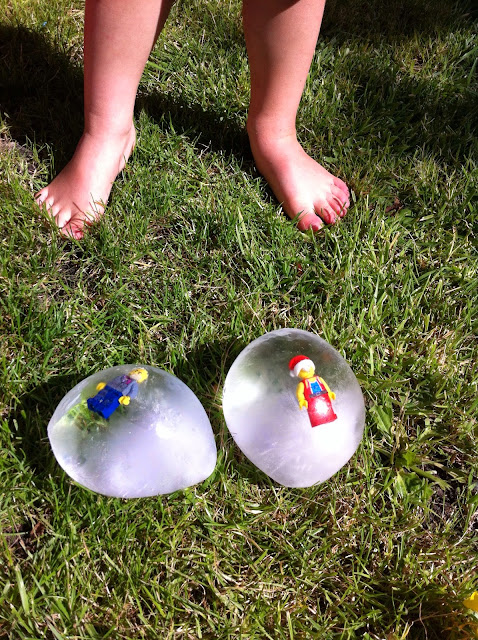 Peter wanted to liberate his men straight away so he enjoyed throwing the ice on the ground smashing it into smaller pieces. It was very hot and he was amazed when we came out shortly afterwards to see that nearly all the ice had melted and left small, cold puddles. I asked him which piece of ice would take longest to melt and he picked up the biggest one. 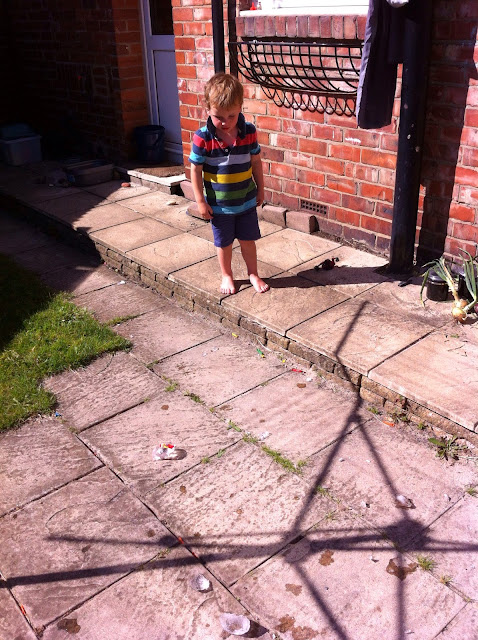 Harry liked rolling his around and crashing them into each other to see which would break first. 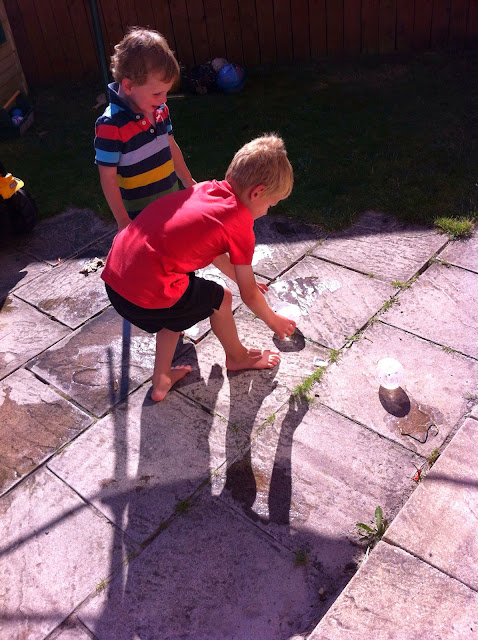 He also rolled them around in the paddling pool and put the bigger fragments in there to pretend they were Chi orbs from Lego Chima. They played an imaginative game together for a while using these until they melted. 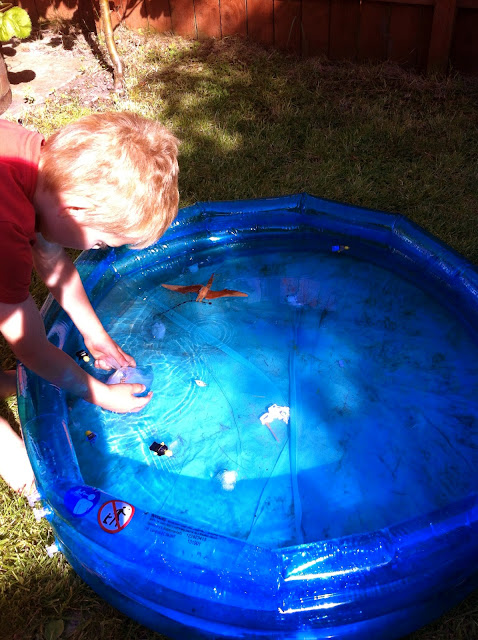