Harry has been at a summer holiday sports camp for the past two days. He has really enjoyed it (even the swimming, which he hated at Easter) and has played tennis, football and hockey and done gymnastics and crafts. His friend from our NCT group came to sleep at our house last night too as he was also attending both days at Gamesweek. They both looked very hot and well-exercised when I picked them up today!
In between sports he has also been busy building loom band bracelets. He had heard people talking about them and seen lots at Beavers so when we were in a shop last week he spent some of his money on a kit. He has mastered the basic weave and fishtail and has done honeycomb and raindrop bracelets this week. He has been watching YouTube videos and following the instructions himself for the new styles. 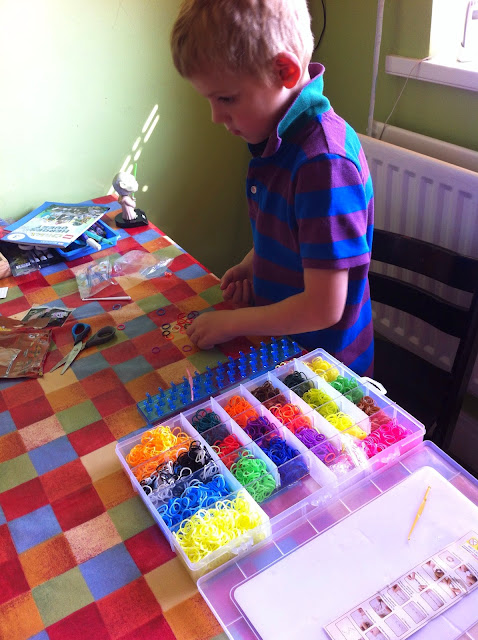 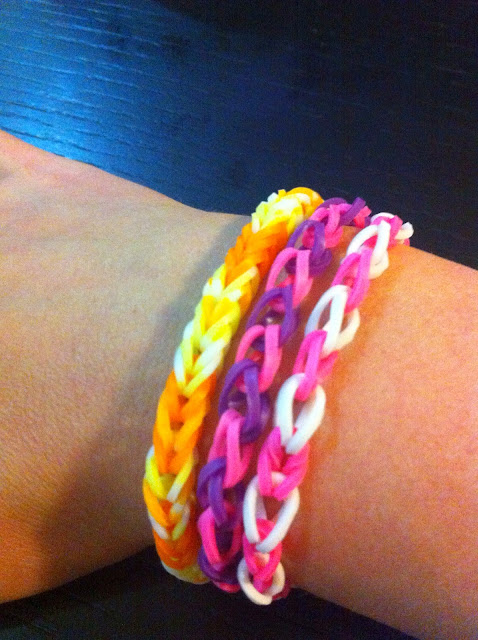 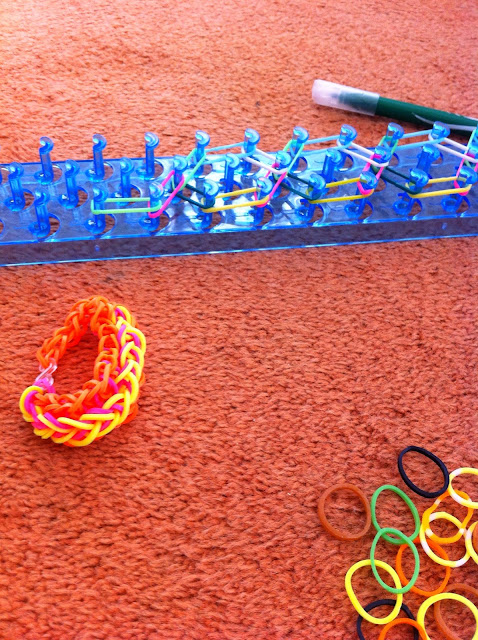 Whilst Harry was at Gamesweek yesterday, Peter and I went to Tynemouth to meet some home ed friends . There is a range of bouncy castles with slides which he really enjoyed. 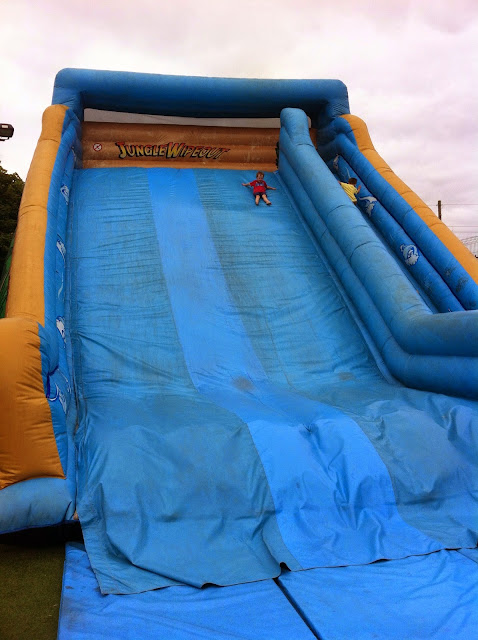 Today has been a bit too hot for him (and me actually; I've had a headache for most of the day) so we have mainly stayed indoors. We have done some big jigsaws together and read lots of books. We made a quick visit to the allotment to water everything and Peter ate one of the cucumbers as usual! 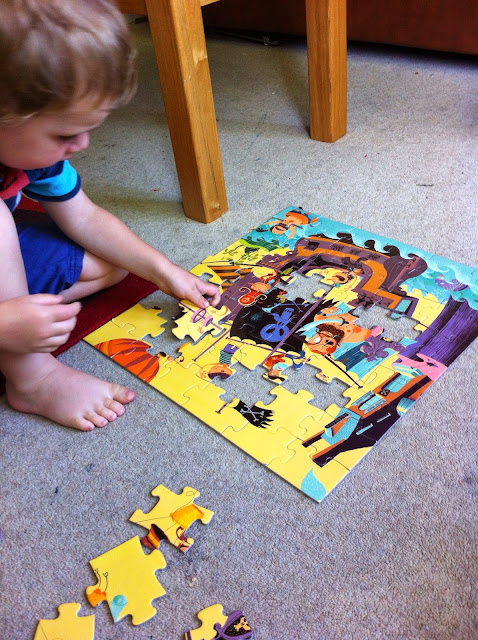