Brainbox magazine, games and a cake

It has felt like The Endless Day today! Peter has had a week of disrupted sleep, so I was tired anyway but this morning he woke up at 5.30am. I don't even want to think about the amount of coffee I have consumed! We have actually had a very nice day despite this, although I am hoping for more sleep tonight.

Home education is great on days like this; Harry had also been woken up by Peter so he was tired too and we packed all the things from my list into our morning so that by lunch time we could relax more and do whatever was needed to enjoy the rest of the day. Harry often goes to bed to listen to audio books if he is tired but they both enjoyed quiet Lego play today instead.

We have been working through all our games this week and have played several from the Games for Learning book. This morning we played some Orchard Toys numeracy board games. Harry and Peter both like Spotty Dogs and Ladybirds so we played these together then Harry and I played Magic Cauldron. Harry also played cello ready for his class tomorrow. 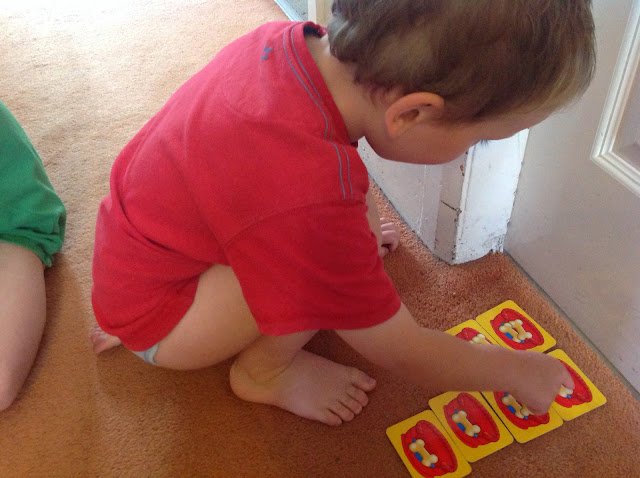 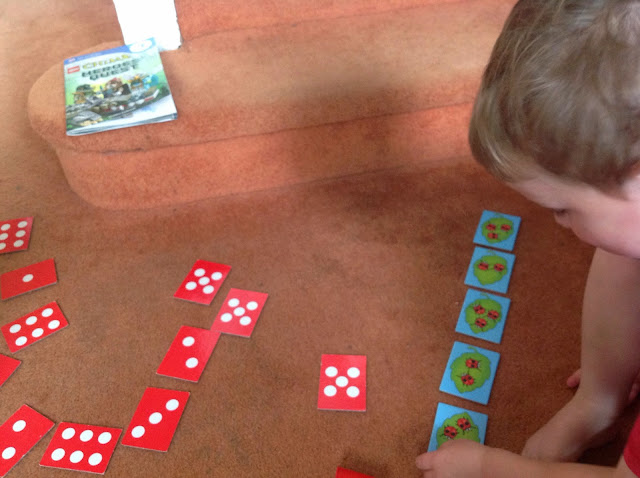 Earlier this week we played Maths Dice too. There is a 12 sided die which you roll first to get a target score. You then roll five other dice and use the resulting numbers to make the target score. 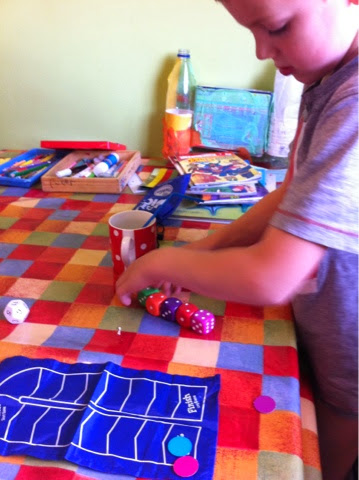 Harry received a new reading book yesterday, based on Lego Chima. It is his first DK level 3 book and he read it all today! He needed help with a few words but wasn't phased by it. I have also been reading the Greek heroes section of A Little History of the World and we will be reading some Greek myths to go along with it. 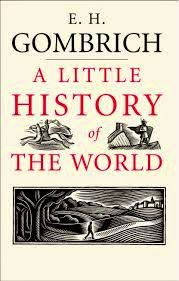 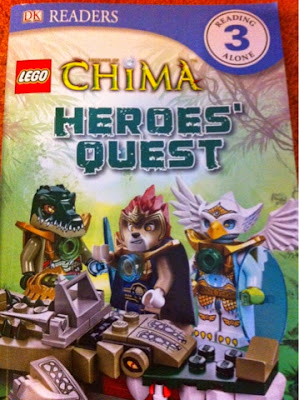 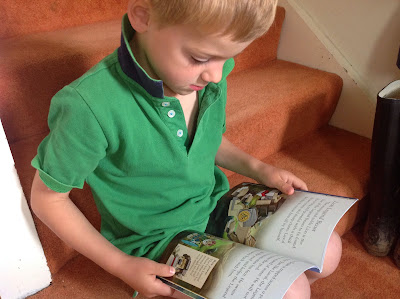 I spotted this magazine in the supermarket and thought we would try it as we like the Brainbox games. We started it today by reading the Roald Dahl and news sections. Harry was pleased to learn that another David Walliams story, The Boy in the Dress, is being adapted for TV this Christmas. I really like the magazine. The pages are not too fussy and contain lots of well set out information that Harry could read on his own. There are code activities, colouring pages, hard dot-to-dots and book reviews too. 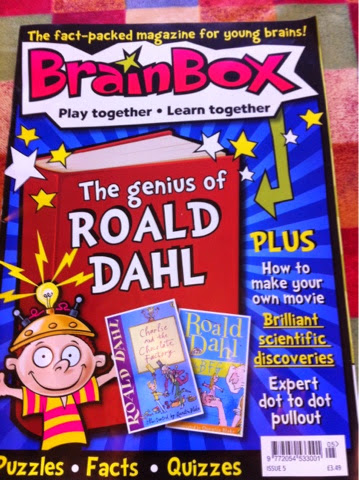 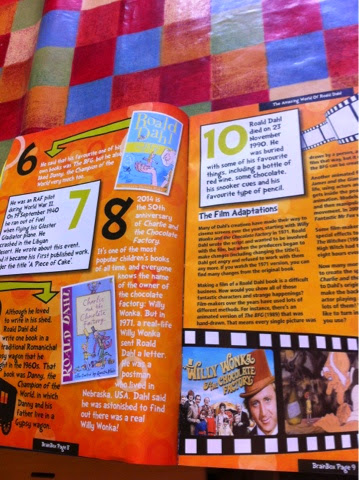 We read some of our newest library books and Harry and Peter had a bath with their Lego at lunch time. I think they would say that one of their top activities is a daytime bath! They make Lego models especially to play with in the bath and it can get quite excitable so I often prefer them to bath during the day rather than at bedtime, as it's very much playtime not relaxing time for them! They were both under these towels pretending to be stones! 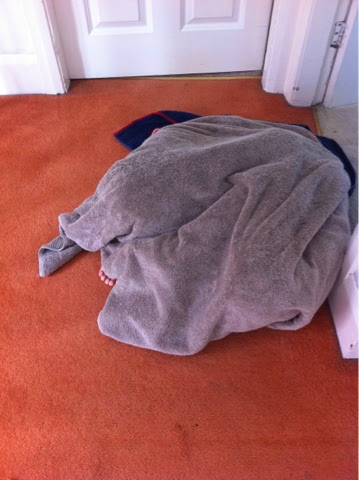 This afternoon has mainly been about Lego and they both managed to play really nicely together for nearly two hours, making up games about cargo planes and gold mining. I put some BBC podcasts on in the playroom and I planned several book study activities for the coming months using the very helpful Teaching Ideas Library while the boys were occupied. 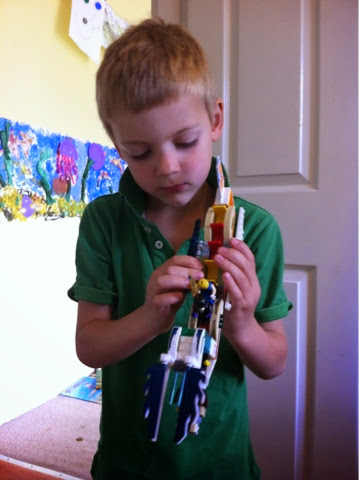 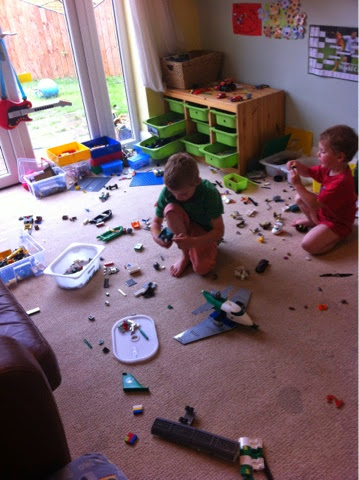 We have also baked a very nice chocolate cake this afternoon. 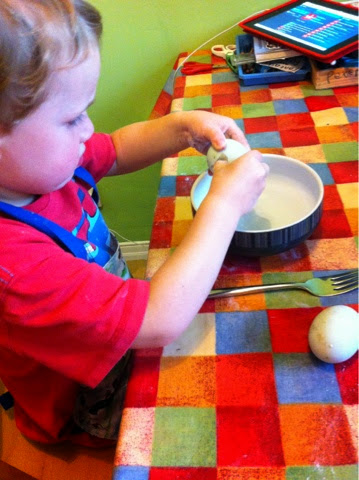 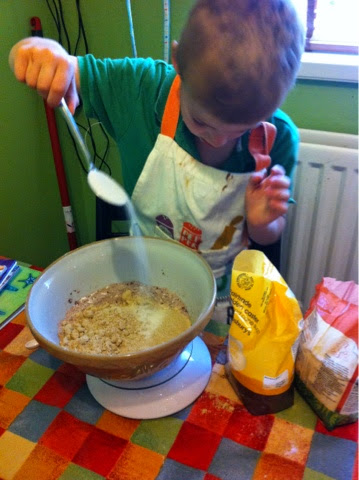 Peter licks the spoons like he has never tasted chocolate! We found it very funny that he didn't care a bit about being smothered with mixture, until he had finished then it had to be removed immediately. 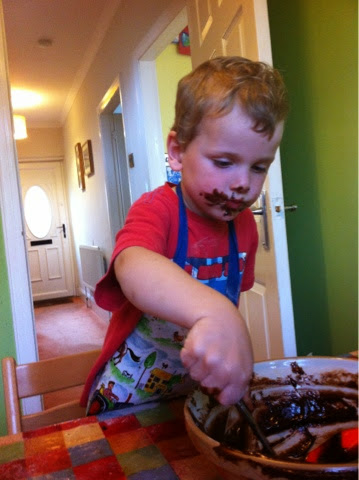