We have read Fantastic Mr Fox at least four times this year and listened to the audio book more so I thought it was about time we did a themed week of activities. I think Peter loves it more than Harry and he can quote several passages from memory. His favourite saying at the moment is that he will 'knock it down dead as a dumpling'; 'it' usually being some Lego figure or other. I really like doing book-themed activities as we can incorporate lots of subjects and the boys usually really enjoy it.
Harry answered some review/comprehension questions. He is really not keen on writing at the moment, although when he stops complaining about it he is actually efficient and good. I couldn't find a template I liked enough online so I just typed and printed the questions myself. 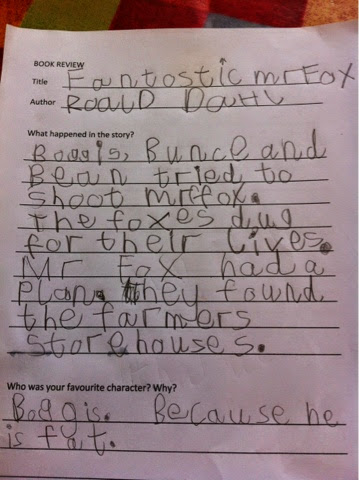 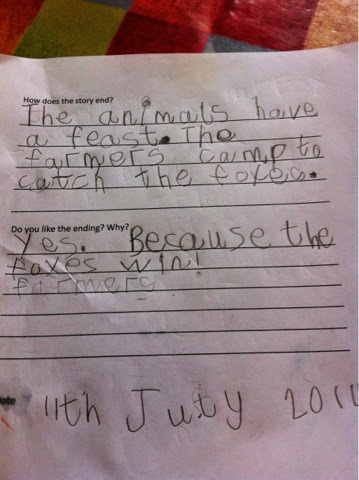 Peter heard us discussing these questions and wanted to tell me his thoughts too so I wrote them down for him. He did some writing too; I had asked him if he wanted to write the letter 'f' but he asked to write Fantastic Mr Fox and he did a great job. I traced the letter on the paper with my finger and he followed it. 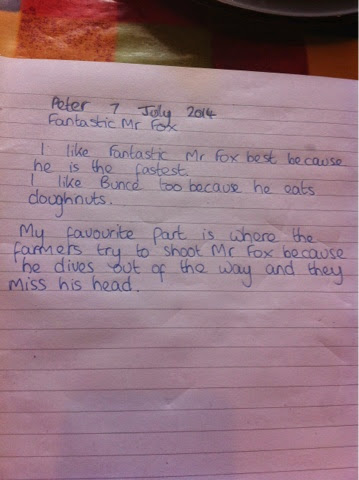 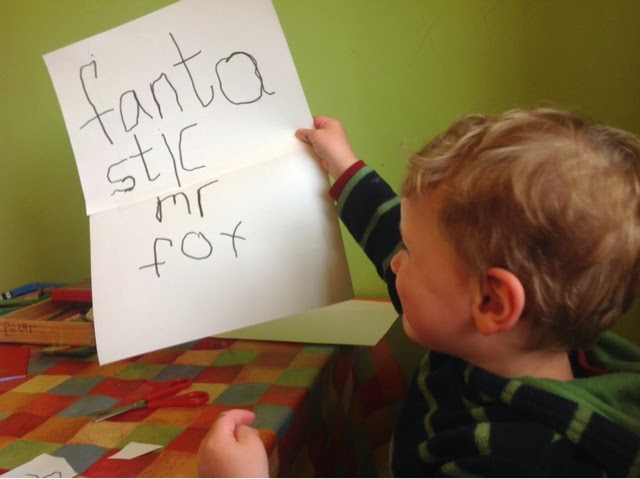 I made them both a word search using a blank word search template from the Nature Detectives website. Harry had words and Peter had the letter 'f'. 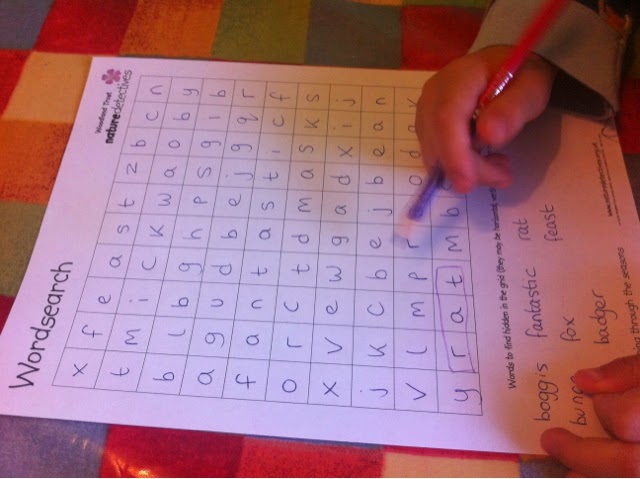 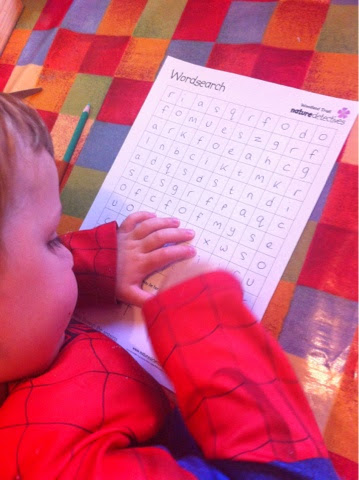 We looked at the sense of smell as Mr Fox uses his to stay away from the farmers. We read the smell section of this book. 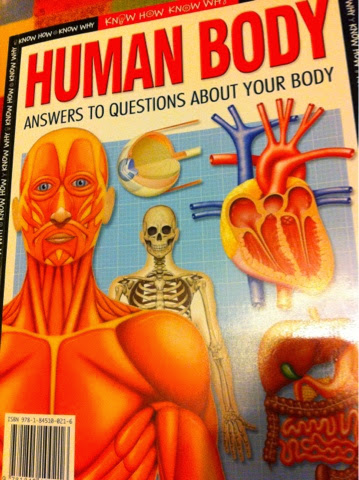 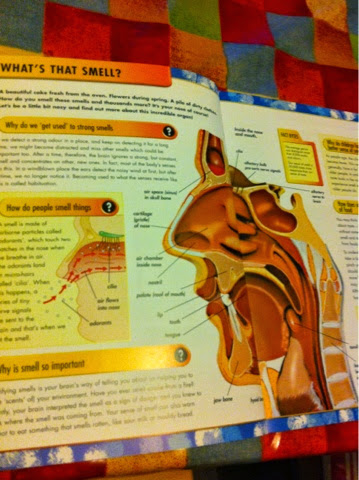 And did a smell test. I gathered some objects and Harry smelled them while blindfolded. If he couldn't smell it, he used another sense to identify it. He used touch for the courgette and hearing for the bead shaker, which didn't smell of anything at all. 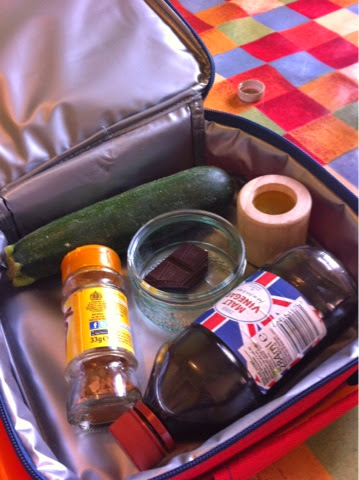 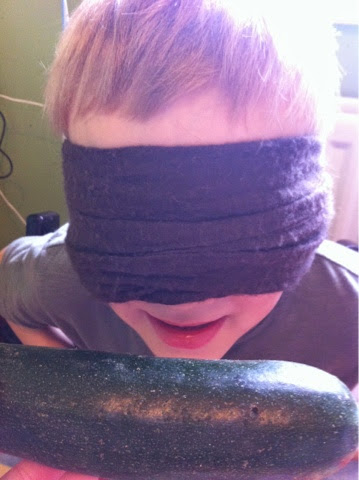 We made a healthy meal for Mr Boggis, who only eats chicken and dumplings. We talked about food groups and calories. The boys decided he should still have chicken and dumplings as he likes them, but also carrots, peas and potato. They have him fruit and ice cream for pudding. I wrote the food groups on stickers and asked Harry to match them to the plates. 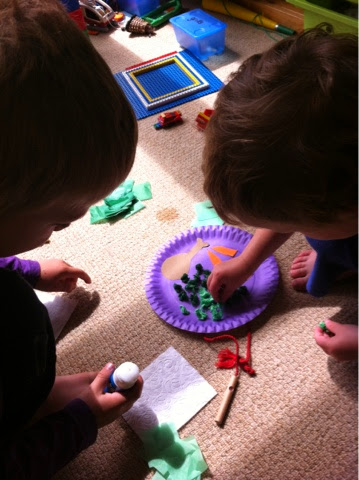 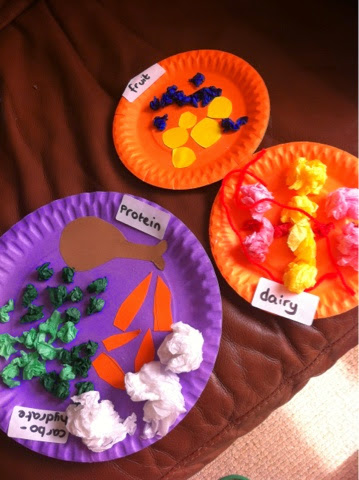 I wrote some maths problems for Harry to answer verbally for this book. I actually thought they were quite hard but he did very well and answered them all quickly. 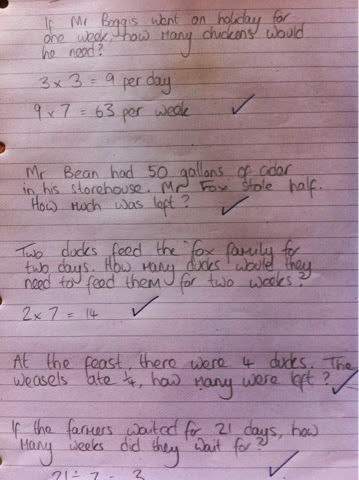 Harry and Peter enjoyed the craft from this book. We made a junk modelled fox who is now standing guard over the kitchen! We used cans for legs and a cereal box body. The boys stuffed an old sock with newspaper for a tail, then covered the whole thing with orange tissue paper and paint. 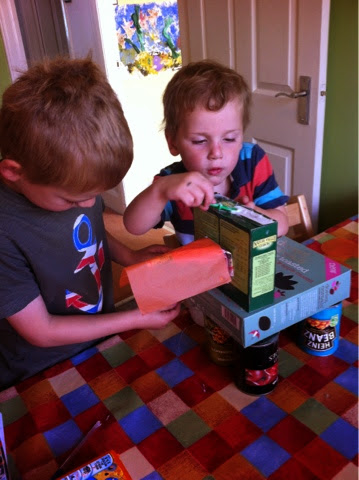 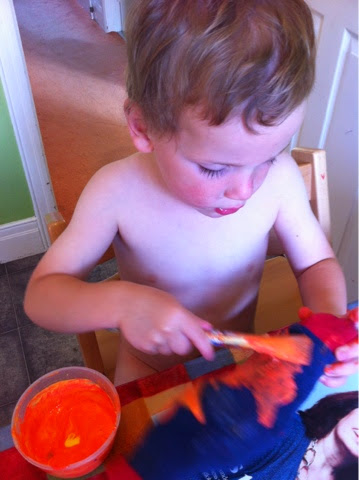 We added card ears and Harry drew a black nose and eyes. 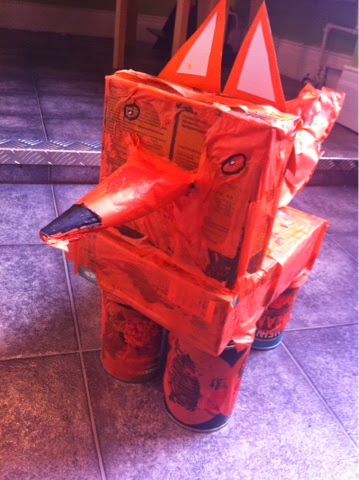 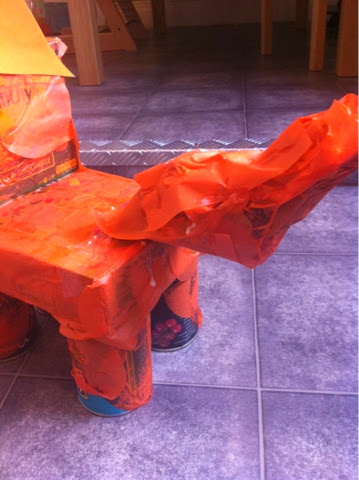 We also folded an origami fox using instructions from Activity Village. Harry did this too and his looked good, but he unfolded it as he said it looked like a star. 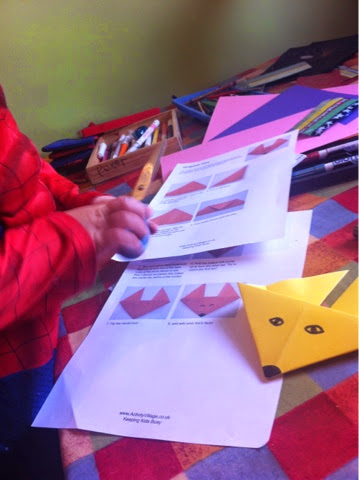 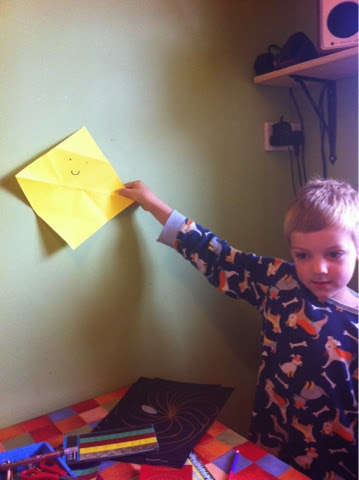