We started today with some Hama beads. Peter completed a maxi bead dinosaur in his own design. Harry followed the maxi bead butterfly pattern and we finally finished our Christmas tree design we started a few weeks ago then forgot on a shelf! 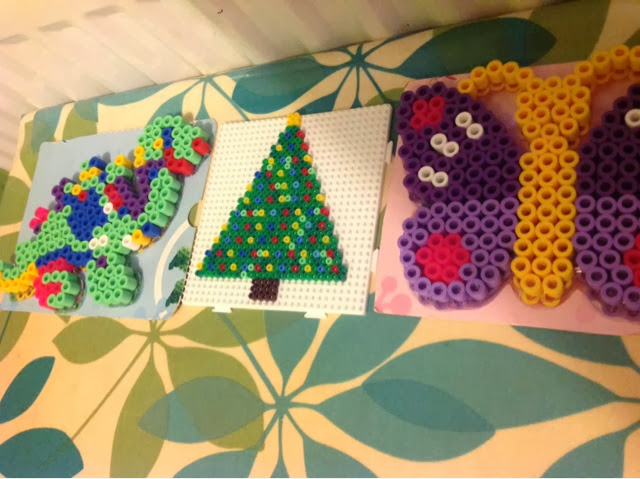 We also opened one of Harry's Christmas presents - this electronics kit - and used it for over an hour. It has a very detailed book with experiments so Harry looked through to find the ones he wanted to do. He also joined some parts together in his own designs too. I think he will get many hours of use from this. 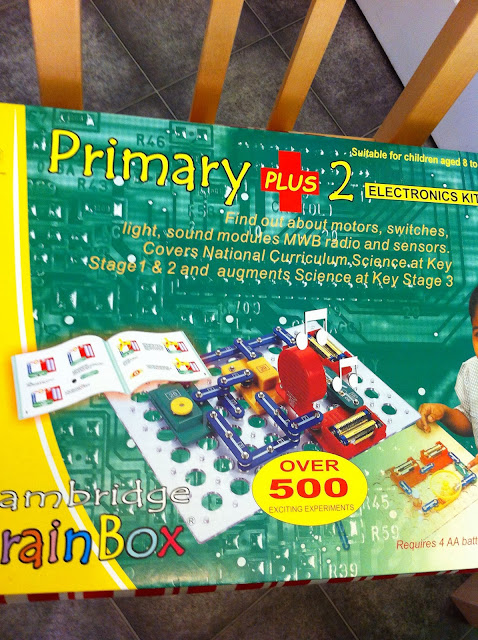 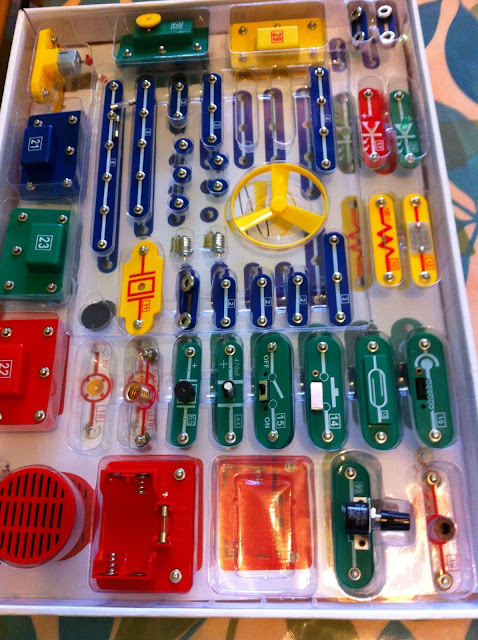 He made a circuit which powered a bulb and a buzzer then tested different materials to see if they worked as conductors to complete the circuit. 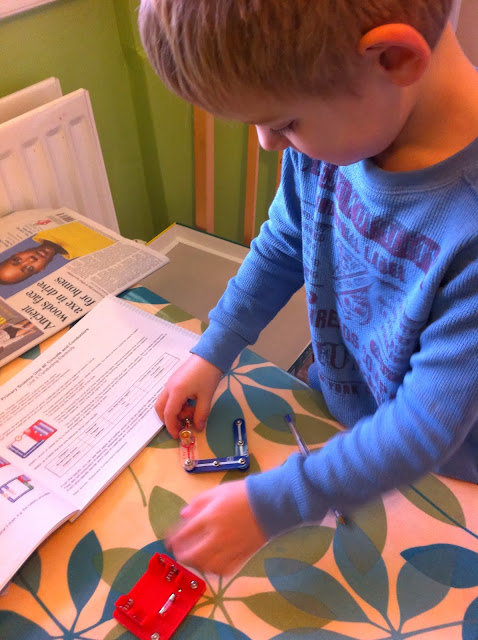 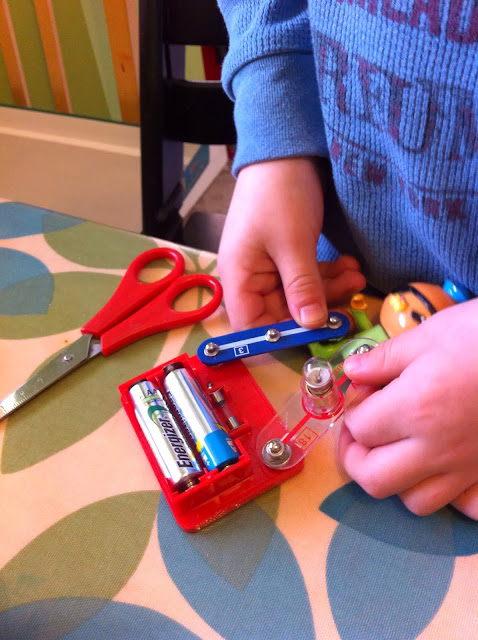 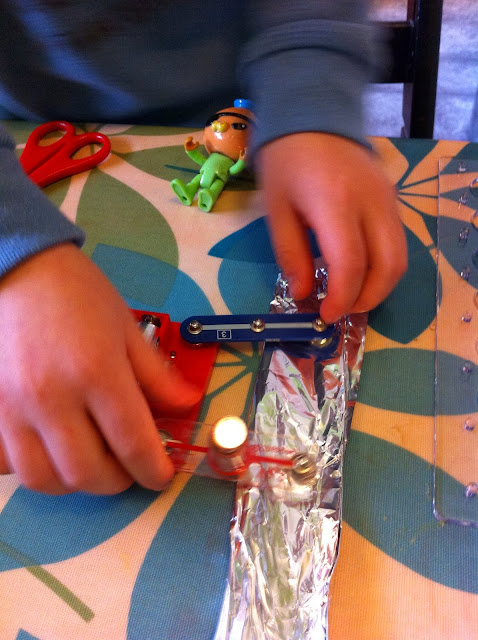 I have started a notebook specifically for writing up parts of this kit so we shared writing about this with Harry dictating some for me to write. 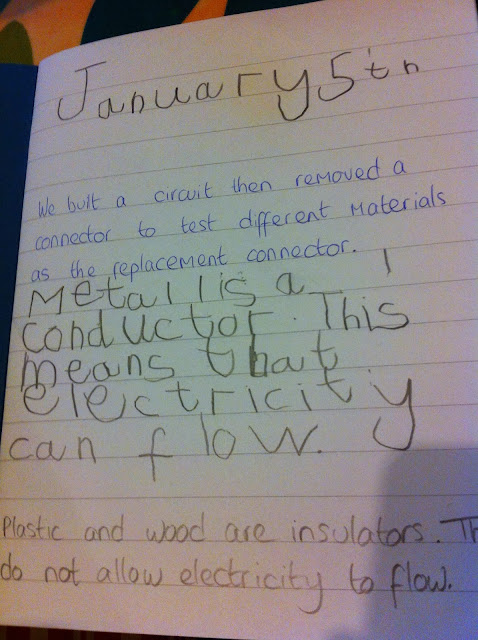 He complained a lot about the writing so we didn't write about the next part. He made a circuit using two battery packs and added a combination of a motor and two bulbs to see what happened when extra components were added to or taken away from the circuit. 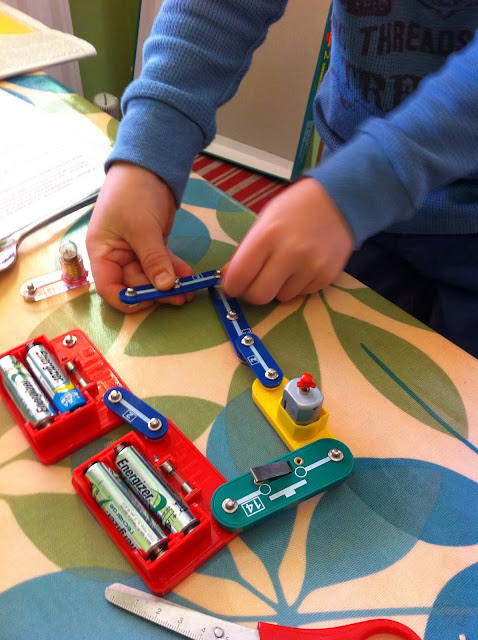 Harry noticed that the bulbs were dimmer when two rather than one were in the circuit and lots dimmer when the motor was also added. He said that they needed to share the power. 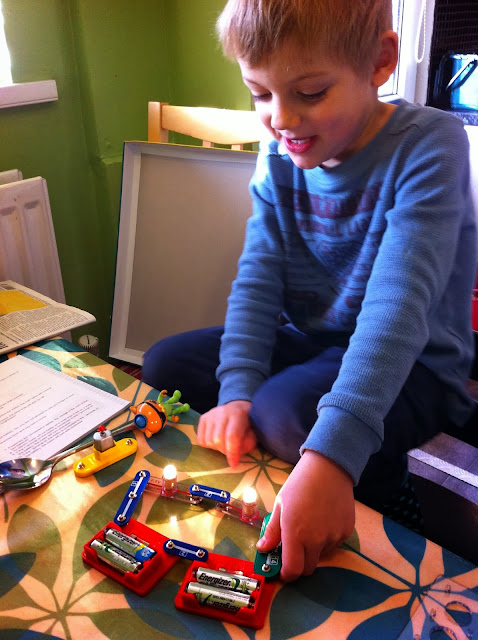 The next part was very popular. The kit contains a small fan which can be placed on the motor to spin. The motor was so fast that the fan flew up into the air with some force. 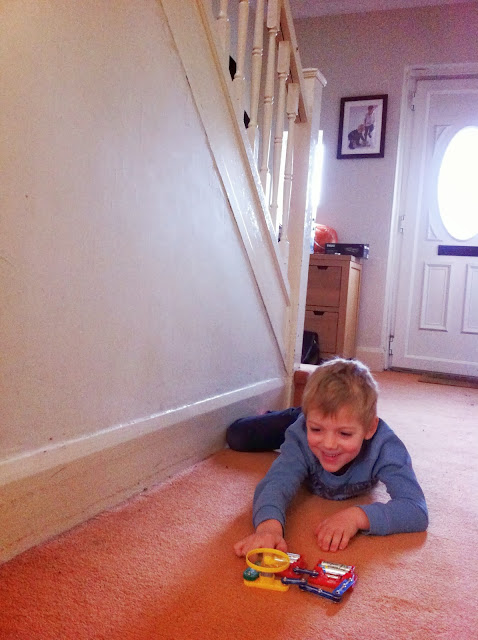 Peter and I made cakes. He is really good at breaking eggs and even spotted some shell in the bowl and fished it out. 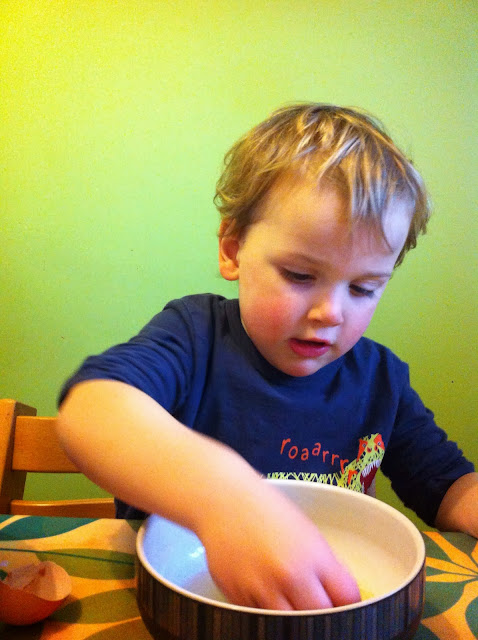 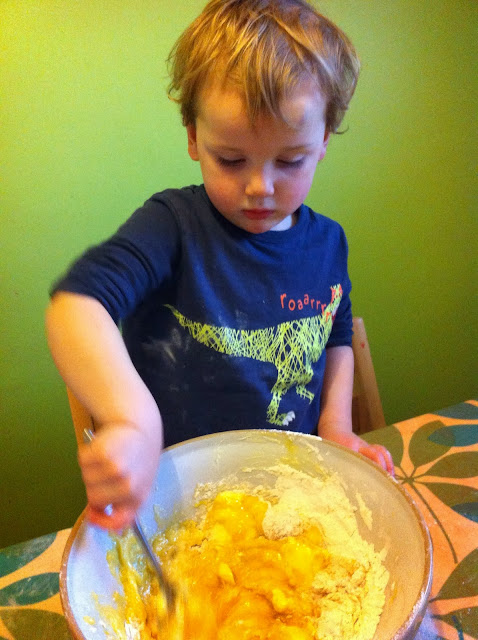 Everyone was starting to feel a bit dozy after lunch so, after some reading and sticker books, we went to our local playground. It was very cold but it did the trick and we all felt much fresher. Stuart and the boys played with a fallen tree and we took the frisbee to throw. 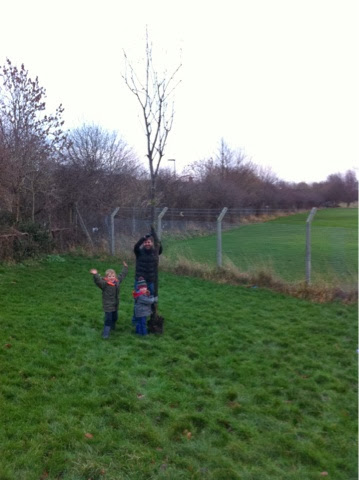