Stuart and Harry had an adventurous trip to Kielder Observatory yesterday for a family astronomy session. Harry has always been interested in space and he was very excited. This is one of the large telescopes. 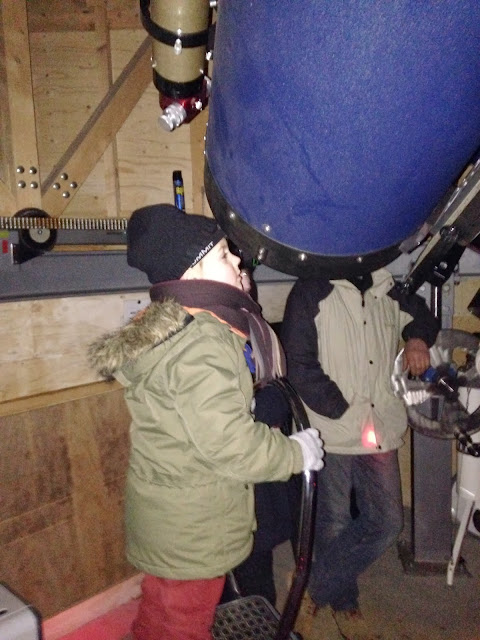 There were several leaders to help the families and they did a talk at the start with questions. Stuart thought it was very well organised, which I had expected as the observatory runs a large number and variety of popular sessions. Harry was very pleased to have seen Jupiter and lots of stars. I think this will definitely become an annual trip, for all of us when Peter is old enough.

It was quite a late night for Harry after an intense morning at music, so it has been a tired day today. We all watched the Lego Batman Movie after lunch and then Harry spent lots of time building his own Lego creations inspired by the Batman vehicles.
Posted by Hayley at 20:15