My early night paid off and I felt re-energised this morning for a good day ahead. I did think we might go out somewhere today but a rather impressive bruise and swelling had come up around Harry's little toe overnight after he bent it back at gymnastics, so we stayed in as it hurt to put a shoe on.

We painted this morning, which was the craft activity for our James and The Giant Peach study we are doing this week. Harry and I also played some maths games (the details are in the linked previous post) on paper - boxed numbers and target, which focus on place value and adding large numbers. 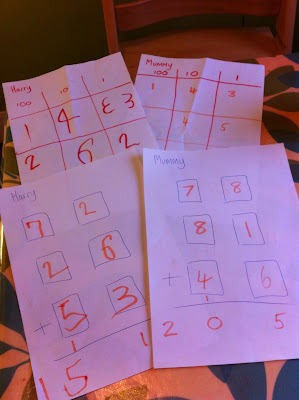 We all went upstairs after lunch to read together. I read Peppa Pig stories and Mr Gum and The Cherry Tree and Harry read some parts too. This is a naturally tired time for Harry and Peter, as Peter is still struggling to get through a full day without a nap (although he can rarely be persuaded to have one!) and Harry never stops to rest so he gets tired too. It is a good time, therefore, for us to sit down to read. We came downstairs to tidy up after this as the Lego games of yesterday had left a trail of destruction.

I also set up some sticky back plastic/contact paper on the hall wall for an alphabet activity for Peter. I saw this activity on No Time for Flashcards as a number activity but I used it today with the letter 'P' as I am starting to get Peter familiar with the letters of his name. I attached a piece of contact paper to the wall with blu-tac and drew letter 'P's using pen. I gave Peter a tub of craft jewels and asked him to decorate them. He really loved this and didn't move until he had finished - he was so focussed. Harry also wanted one and he drew his own numbers - 1,000 and 1. We will definitely be doing this again - they look so effective and I have left them on the wall. 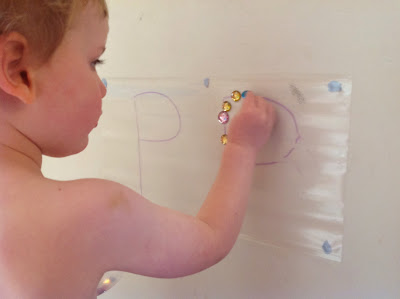 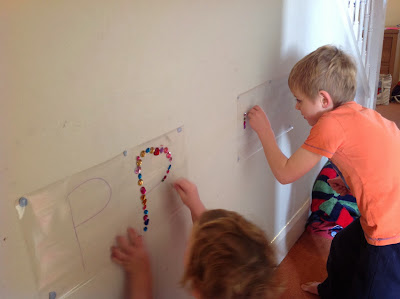 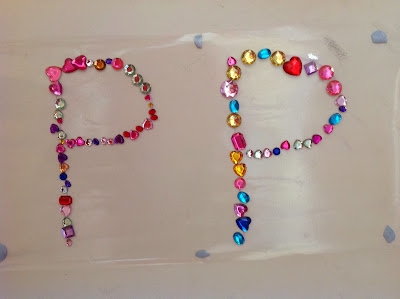 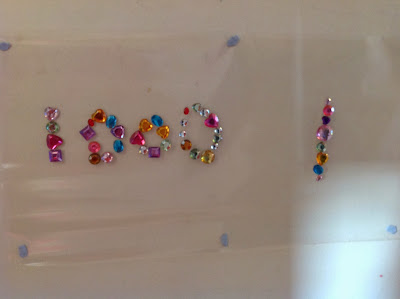 We then baked and made chocolate buns, ginger biscuits and mince pies. They both hardly need any help with these and shared the jobs really well so it was a lovely way to spend a couple of hours. I put last night's BBC Stargazing Live programme on iPlayer while we did this and we liked seeing some amazing pictures of storms on other planets and the Northern Lights. Stuart and Harry have booked onto a family astronomy event at Kielder Observatory later this month and are really looking forward to it. 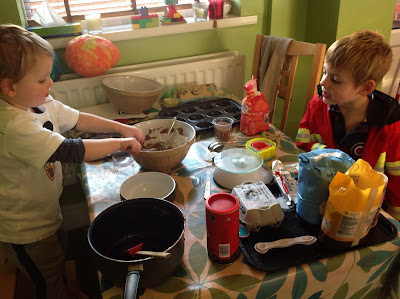 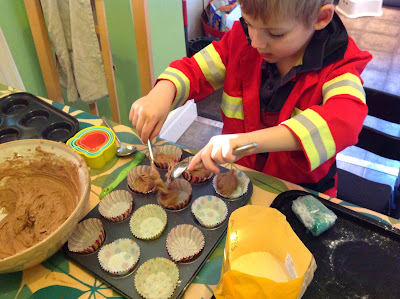 I love the way Peter is watching Harry here! 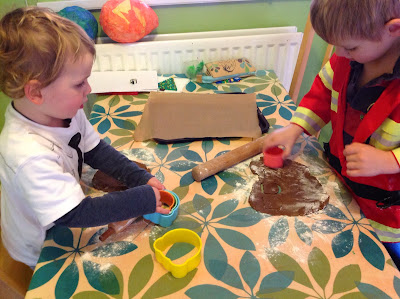 The boys decorated their buns with squeezy icing later. 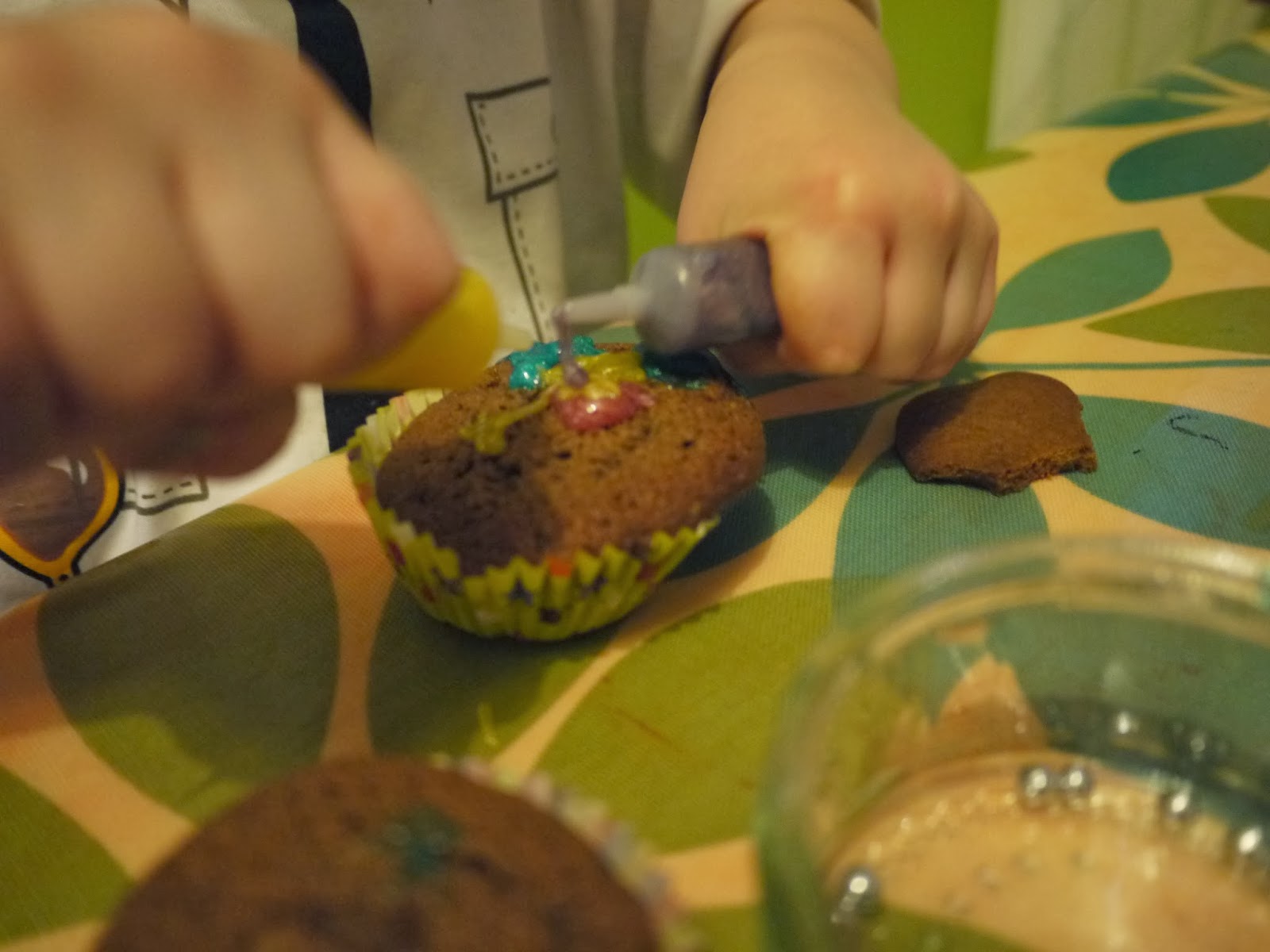 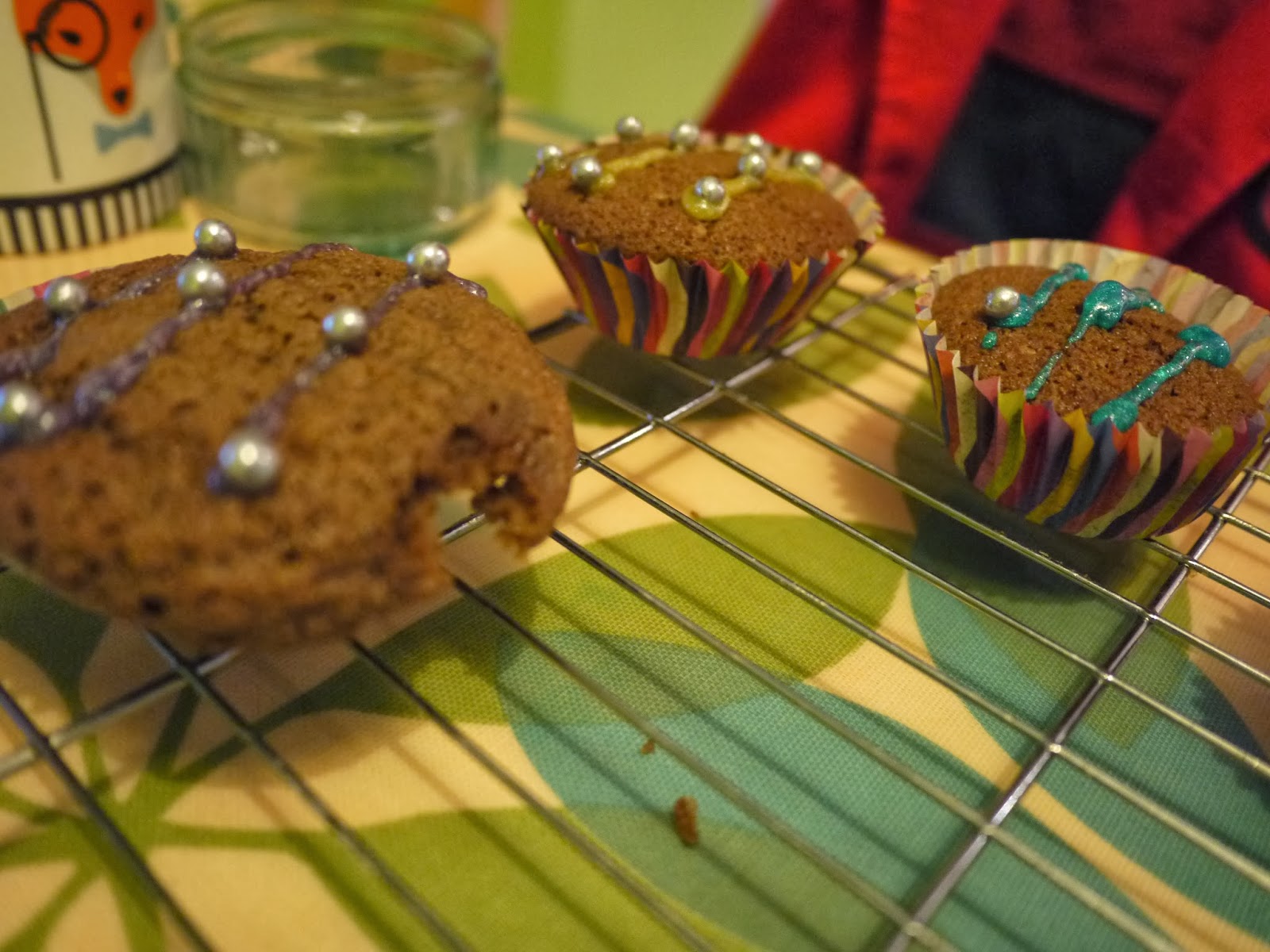 Harry's foot hadn't got any worse by tea time so he put his crocs on and they both went to play in the garden while I cleaned up the kitchen. Harry stayed up with Stuart reading some more of a non-fiction book about the North and South Poles while I put Peter to bed. Harry is looking forward to watching Stargazing Live tomorrow on iPlayer as Chris Hadfield, the recent commander of the International Space Station, took part tonight.
Posted by Hayley at 21:44