We prepared another addition to our history timeline today ready for the group session tomorrow. I asked Harry to have a look through this book from the library and choose something that interested him. 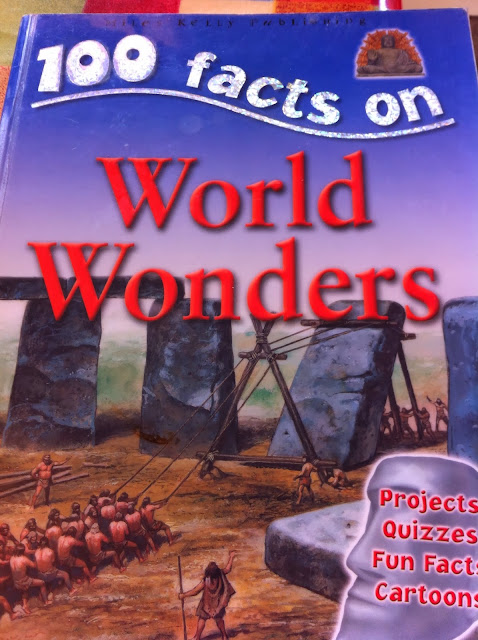 He chose the space page, so we decided to make a display of the first moon landing - Harry searched for 'moon landing' himself using the internet and found the Wikipedia page. Harry and Peter used silver paint to create moons, which we stuck to black card before writing the facts with shiny pens. 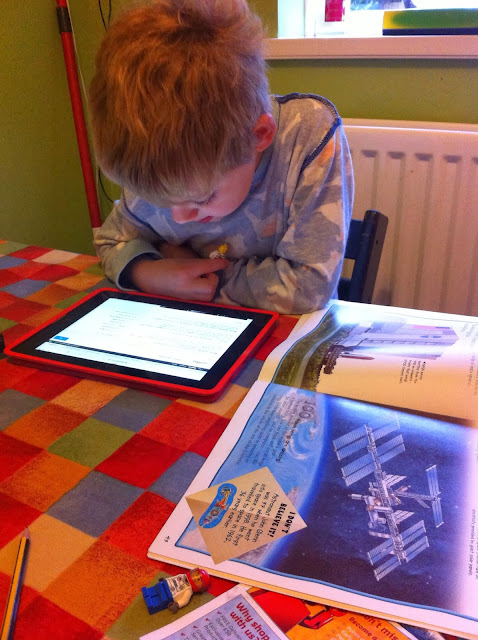 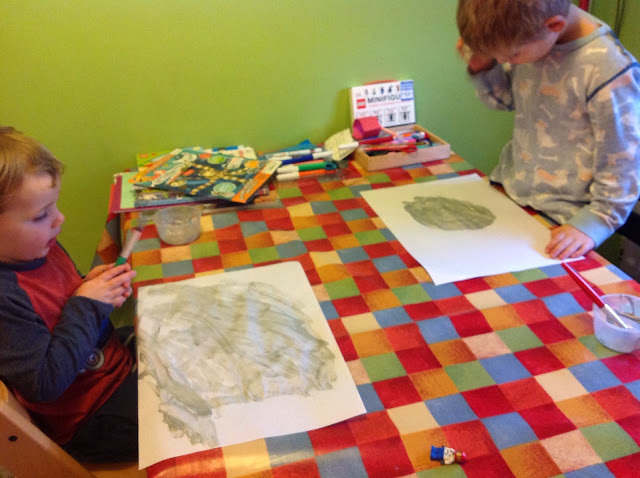 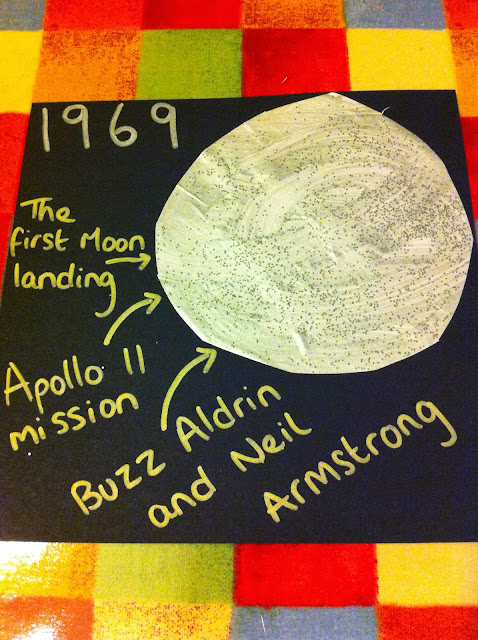 Harry also wanted to paint some planets, after enjoying his trip to the observatory on Saturday night so he did these using acrylic paint on canvas sheets. I love the pads of canvas sheets from The Works as they are very reasonably priced and don't take up as much storage room as framed stretched canvases. 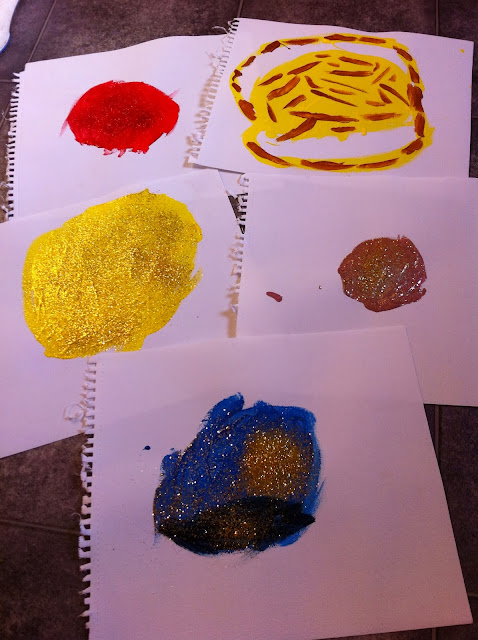 Peter enjoyed painting with his hands and adding glitter! 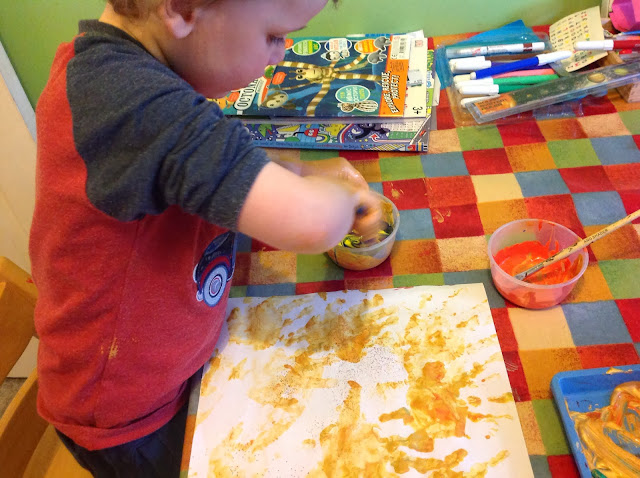 Harry has also completed a Reading Eggs lesson and read this book to Peter. He did really well at trying to work out words instead of giving up if he didn't know it immediately and read longer words like pursuit, costume, ordinary and stomach. 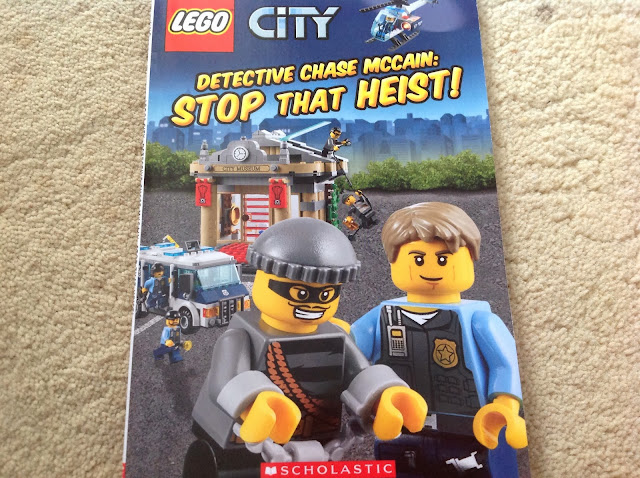 Peter did some pages of his Kumon tracing book, which aims to work on pencil control. 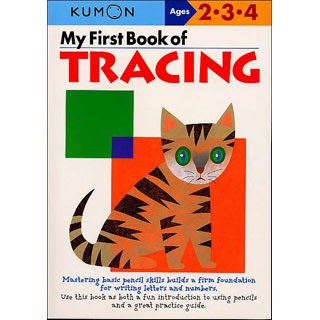 He is practising holding a pen correctly too and did very well in the book as well as doing some of the Octonauts magazine activities. Harry didn't hold a pen correctly until he started writing letters at about age 4.5 and I think it will be easier if Peter starts learning now as it took quite a few weeks to adjust Harry's grip.

I am doing this in a very relaxed way with Peter at the moment and only because he is keen. If he doesn't want to do the 'work' I give him, he doesn't have to and can go to play instead and actually most of the play he does improves his hand strength and motor control ready for writing anyway. I do expect Harry to do the activities I ask him to do but usually give him a choice so he has some control over what we do on a particular day or in which order he does things. Harry's set activities usually don't take more than an hour per day and often less. 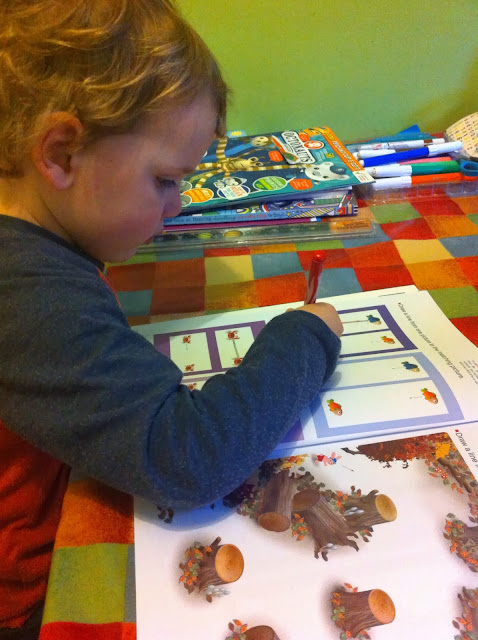 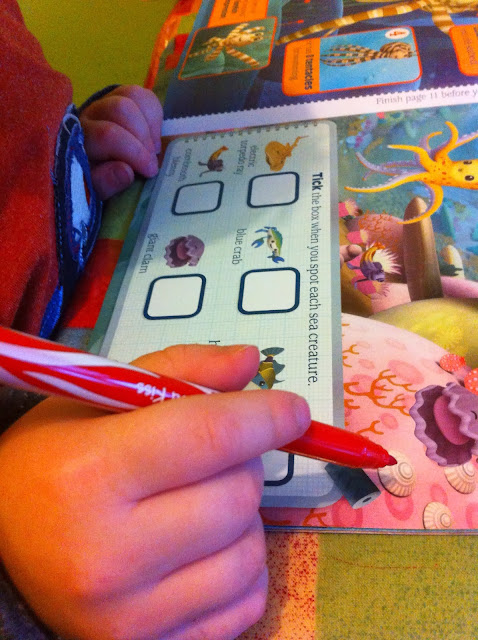 Harry and Peter went to bed for a nap after lunch. Harry seems to be in a disrupted sleep pattern and got up at 5.45am. He doesn't cope well with being tired and can't focus on anything so he needed to rest before Beavers. The ability to do this is a big benefit of home education for us. I can't imagine Harry getting anything from a day at school when he is tired.

Harry had his first Beavers session wearing the uniform tonight. He was really proud of himself! They continued to work towards their science badge by looking at magnets. 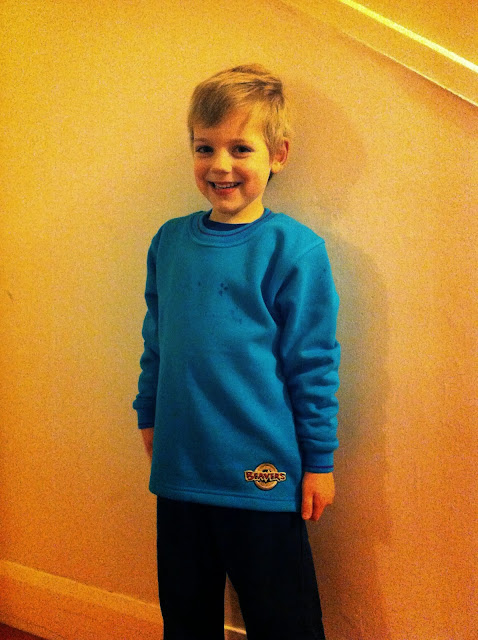