There seemed to be even more boy energy in our house yesterday than usual!

We managed to get Harry's spelling list done - I was pleased that he got the wrong ones from last week correct this time after we discussed his mistakes and he only got 3 wrong from the new list. These were words he can read but he spelled them phonetically - 'wos', 'shee' and 'thay'. He was pleased too that he got more right than last time.

I had prepared a letter activity for Peter to do too, using an idea from the great No Time for Flashcards blog. I cut out monster shapes by folding paper in half, drawing a half-monster shape and cutting it out. I then added a different coloured tummy. We already had letter stickers and I gave these to Peter, along with googly eyes and told him the monsters were very hungry and needed to eat letters. He loved doing this. It was interesting that he started by looking for the letters 's' and 'p' straight away, the ones we have learned. He also chose matching letters for the other ones he chose as there were more than one of each letter. I talked to him as he did this about the names of the letters he had chosen and words that start with them. 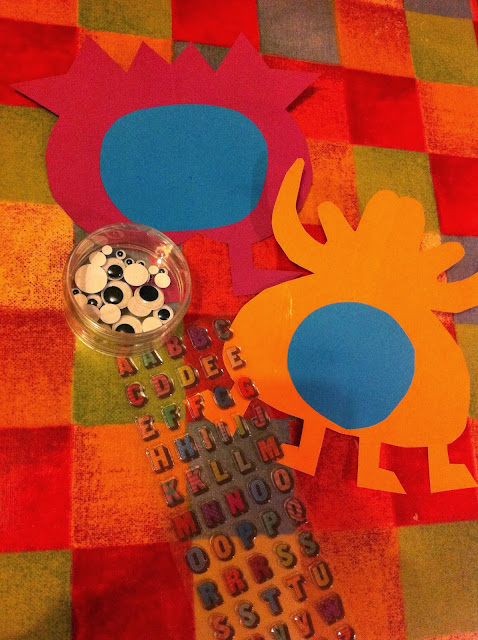 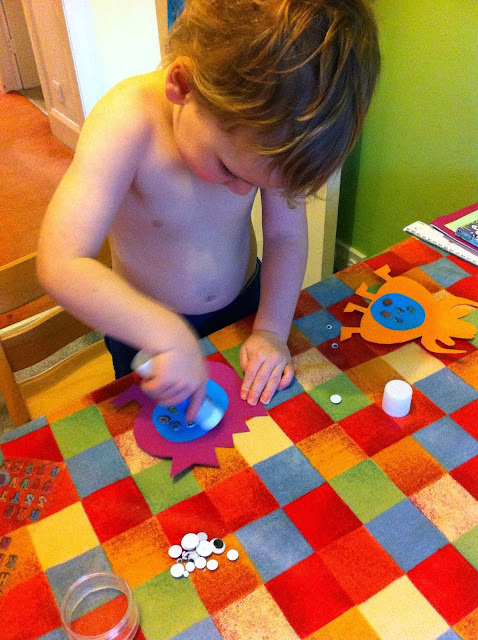 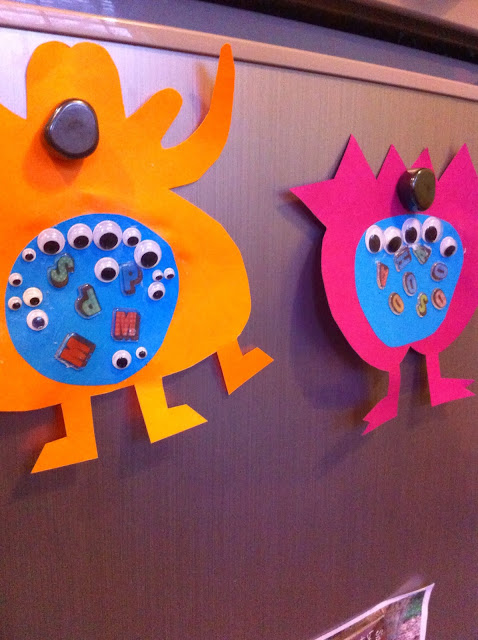 By mid-morning, Harry and Peter were wrestling each other on the floor, so we had to get out and it was a nice, crisp morning. I had run out of clothes washing liquid anyway so we went by bike and scooter to our local supermarket. There were some really loud birds and the boys sat down to listen and thought they sounded cross with each other! 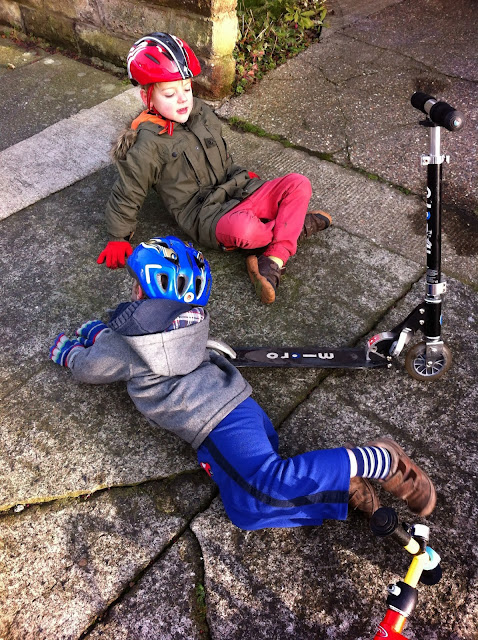 Peter is really too big for his balance bike now so we are hoping he can master pedalling in the spring to move up to Harry's old first pedal bike. 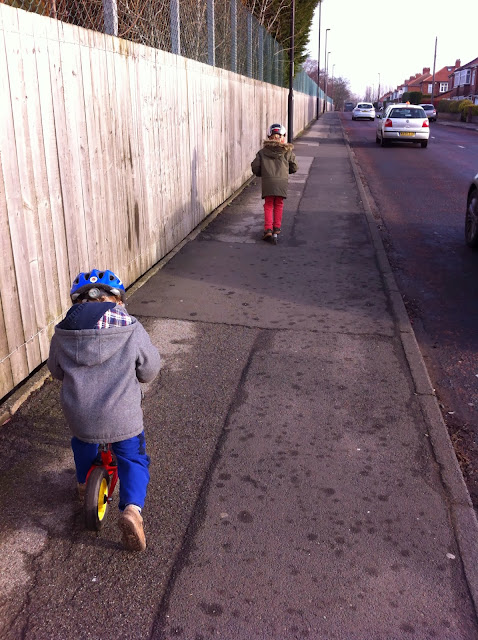 The cold fresh air helped the abundance of energy a lot! We had lunch and reading time, then Harry practised his cello. We visited the library before Harry's enjoy-a-ball class as there is one nearby and got some great books this time. Harry chose a non-fiction book about dogs to read to his new friend Bert, the build-a-bear toy and a book about energy as he has enjoyed doing his electricity kit so much. We also borrowed books about Stone Age art, after discussing this at the Centre for Life this week, Da Vinci and erosion. There were lots of Oxford Reading Tree books at this library and Harry chose some level 8 and 9 ones, which we will read together.
Posted by Hayley at 16:36